Is Clean Growth the Right Path for California's Energy Future?

Over the next five years, the CPA proposed investing directly in renewables, load management and energy efficiency.

Arthur O’Donnell is editor and associate publisher of the California Energy Markets newsletter. The interviews with economists cited in this article were conducted through a contract with the Energy Foundation with the support of the Hewlett Foundation. Complete texts of the interviews will soon be available on a Web site created by the Foundation.

Fortnightly Magazine - April 1 2002
This full article is only accessible by current license holders. Please login to view the full content.
Don't have a license yet? Click here to sign up for Public Utilities Fortnightly, and gain access to the entire Fortnightly article database online.

The California Consumers Power and Conservation Financing Authority was created in the midst of the state's energy crisis, via legislation SBx1-6 that sailed into enactment with virtually no analysis or debate. Popularly known as the California Power Authority (CPA), the agency boasts two major assets: the appointment of public-power legend S. David Freeman as chairman of its five-member board of directors, and the statutory authority to issue up to $5 billion in tax-exempt bonds to build, buy or finance whatever resources it deems necessary to prevent the state from experiencing a repeat of the system emergencies. 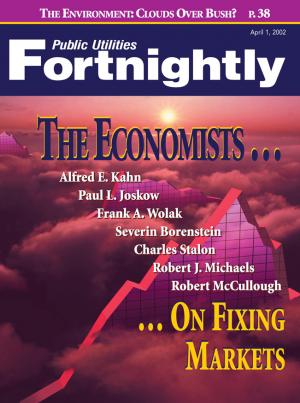 "I guess if you want to put a label on it, we're the 'Never Again' crowd," Freeman explains. "Our job is to try to assure as best we can that never again are we plagued with threats of blackouts or price spikes of the kind we had in the past."

When the agency's board first convened in August 2001, its members, including state treasurer Phil Angelides, hailed the CPA as an heir to the great public-power legacy of Franklin Delano Roosevelt's New Deal, citing the Tennessee Valley Authority and the Bonneville Power Administration as models. But it is another F.D.R. creation, the New York Power Authority, which most closely matches the mission of the new agency. Not surprisingly, Freeman carries executive stints with both TVA and NYPA on his lengthy resume.