Could carbon taxes emerge in the election aftermath?

Michael T. Burr is Fortnightly&rsquo;s editor-in-chief. Email him at burr@pur.com

Now that the dust has settled on the 2012 elections, a natural question now arises: “What does this mean for us?” 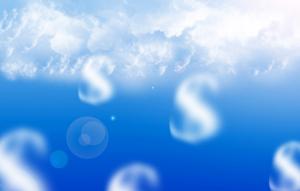 It’s tempting to answer simply, “More of the same.” After all, notwithstanding a few shifting seats in Congress, the balance of power in Washington hasn’t moved at all. As such, the energy and environmental policy trends we’ve seen in the past couple of years likely will continue for at least the next two, until the 2014 mid-term elections.

But such a simple answer belies a couple of factsSince Obama won reelection, we must ask whether we’d rather have EPA cracking down on carbon emissions, or whether a legislated framework would be better for everyone..

First, the Obama administration is entering its second term, released from the burden of endless campaigning. In principle at least, this gives the president a freer hand to spend political capital pursuing the priorities that ostensibly got him re-elected.

Second, while the voters voiced no strong preference for a political shift to the left or the right, that doesn’t mean they want more gridlock. Indeed, some Republican leaders in particular see the election results not as a mandate for the status quo, but for bipartisan compromise—something that by all accounts has been sorely lacking in Washington.

When those facts are combined with the high-stakes debate over the federal budget, it seems at least possible lawmakers might strike a grand bargain—one that might combine tax reform with energy policy. Specifically, the idea of a carbon tax has emerged, with some chance of garnering bipartisan support.

Unlikely? Maybe, but not as unlikely as it might seem.

The budget battle is set to preoccupy both the legislative and executive branches of the federal government for some time. How that battle shapes up could have important ramifications for power and utility companies.

Dividend-paying companies are keenly interested in seeing the Bush-era investment tax cuts extended. At this writing, the prospects for those tax cuts seem no more certain than they have for the past few months (See “Dividend Double-Take,” October 2012). Investment taxes in particular might be relatively easy for lawmakers to consider raising before they eliminate other tax incentives, such as mortgage interest deductions or child tax credits. But at the same time, a deal to extend the Bush-era tax cuts might become part of a grand bargain that would include any number of compromise measures for both Republican and Democratic lawmakers.

The most noteworthy such measure, for our purposes, might be a carbon tax, which is receiving a surprising amount of attention in policy circles these days—surprising because until recently climate change seemed to be virtually a dead issue on Capitol Hill. By some accounts, however, a perfect storm seems to be rising—one that conceivably could make a carbon tax a viable part of a bipartisan budget compromise.

Like all major storms, this one includes multiple features that combine into a potent force.

To start with, climate change hasn’t gone away just because cap-and-trade legislation died before it could reach the Oval Office. Notwithstanding the recession and the midterm elections in 2010, climate scientists continue to observe increasing CO2 concentrations in the atmosphere, along with melting ice caps and rising sea levels. Some U.S. lawmakers—including those in the Obama EPA—remain committed to addressing America’s role in climate change with federal regulation.

Last time Congress made a serious attempt at climate legislation, in 2009, the House passed the American Clean Energy & Security Act, which would’ve established a cap-and-trade scheme for greenhouse gas emissions. The bill got nowhere in the Senate, with many opponents decrying the new government bureaucracy that cap-and-trade would create. This left the matter with the executive branch, where the EPA is authorized by the Clean Air Act to regulate GHGs as pollutants that endanger public health. The agency has made progress in that direction, by implementing new reporting rules and by including GHGs among pollutants covered by its New Source Review and Prevention of Significant Deterioration standards—regulations that, by the way, the D.C. Circuit upheld this summer. Also, EPA proposed new carbon pollution standards for stationary sources last March, then conducted a lengthy comment period, and reportedly is working to finalize the regulations.

Since Obama won reelection, his opponents must be asking now whether they’d prefer to have EPA cracking the whip, or to try their hand at a legislated framework.

Obama’s election, coincidentally enough, happened in the immediate aftermath of one of the most damaging weather events in U.S. history—Superstorm Sandy. Of course, most climate scientists are careful to avoid attributing any given weather phenomenon to overall climate trends. But with billions of dollars in property damage and lost economic activity—not to mention the 135 deaths caused by the storm and its aftermath—Sandy brought the climate issue back into the public forum. And some analysts even credit Sandy with sweeping Obama back into the White House; certainly he wasn’t harmed by praise from the likes of Gov. Chris Christie (Republican) or New York City Mayor Michael Bloomberg (independent)—who specifically mentioned climate policy as one of the main reasons he endorsed Obama instead of Romney.

Against this backdrop, the idea of a carbon tax now seems less ridiculous than it did earlier this year. And as the budget debate proceeds, it might actually enter the realm of the politically possible. That’s because negotiations to avert the fiscal cliff could lead legislators toward a grand bargain that cedes revenue-generating carbon taxes to liberals, and job-supporting income-tax cuts to conservatives. In the bargain, EPA presumably would lose its authority to regulate greenhouse gases, removing much of the uncertainty over GHG constraints that has paralyzed regulated industries for so long—and giving a philosophical victory to lawmakers who’ve been trying for years to take the climate out of EPA’s hands.

Climate change skeptics like Sen. James Inhofe (R-Okla.) or Rep. John Shimkus (R-Ill.) would see this as a Pyrrhic victory, or a Hobson’s choice. And many budget hawks certainly will fight any new tax scheme on general principle—and on the basis that new taxes will hobble an already weak economy. For those reasons, carbon legislation seems like a long shot in the next Congress.

Still, those odds could change—depending on how the budget negotiations proceed, and how some other variables are resolved, including major crises in the Eurozone and the Middle East. At some point, a majority of lawmakers very well might reach the conclusion that carbon taxes would be preferable to the alternative—which today seems to be raising income taxes and letting EPA wield the carbon-cutting sword.