The End of an Age

Charles E. Bayless is a board member at Pike Electric, Recycled Energy Development, and West Virginia American Water. He retired as president of the West Virginia University Institute of Technology in 2008. Previously he served as chairman, president, and CEO of Illinova Corp., its subsidiary Illinois Power, and Tucson Electric Power (UniSource Energy).

Fortnightly Magazine - April 2014
This full article is only accessible by current license holders. Please login to view the full content.
Don't have a license yet? Click here to sign up for Public Utilities Fortnightly, and gain access to the entire Fortnightly article database online.

Then Elrond and Galadriel rode on; 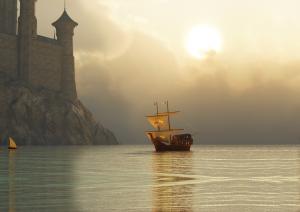 for the Third Age was over and

the Days of the Rings were passed

and an end was come of the story and song of those times.

- J.R.R.Tolkien, The Return of the King

The age of the "natural monopoly" is over.

Changes in technology and the economic environment dictate that our industry, once considered as a natural monopoly, is transitioning to a disaggregated group of entities operating across all segments of the supply market for electricity. Those who don't embrace this transition and seek to understand the forces and reasons underlying it will fail.

Ronald Coase was a Nobel Prize winning University of Chicago economist. In 1937, in his book, The Nature of the Firm, Coase first asked the question "Why are there firms?" and then asked, "Why are they so large?" Coase pointed out that various tasks such as design, payroll and accounting (performed to complete any process) had costs associated with them. He noted that in most cases these transaction costs were cheaper to do internally than externally. For instance in 1940 it would've made little sense for a firm to outsource its payroll as manual entries would need to be carried over to the payroll firm and the payroll checks carried back. Coase postulated that, with respect to any individual task, "a firm will tend to expand until the costs of organizing an extra transaction within the