Time for 'Megawatts Without Borders'

Why can’t we fly in a portable power supply to aid a poor country in distress? Here may lie opportunity.

Zambia, the landlocked and poor country in Southern Africa, is suffering a crippling power shortage. It is not alone, but unlike many countries in Africa, Zambia's power shortage is the result of natural disaster. The mighty Zambezi River is running low because of a sustained drought and the Kariba Dam and hydroelectric station, which provides much of Zambia's power of supply of just 2,200 megawatts, is producing well below normal, resulting in a shortfall of about 350 megawatts. 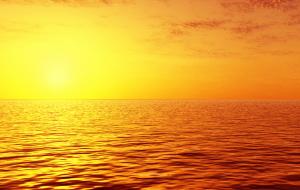 Zambia is not alone in its agony. Its neighbor and co-owner of the Kariba Dam, Zimbabwe, has fallen short of power as well. But there the trauma has been compounded by the folly of the government, under the leadership of the nonagenarian Robert Mugabe.

Even South Africa, the most advanced country in sub-Saharan Africa, has power shortages. These are now so severe they are curbing economic output and leading hospitals and other essential services to install diesel generators - an expensive proposition in a country that imports most of its oil.

But it remains Zambia that looks the saddest case: It just relied too much on the great river. The country is in extremis, and nobody can help it. It cannot afford to import diesel generators and run on those. Businesses are shuttering and production on the lifeblood copper mines is curtailed.

There is no quick fix for Zambia, nor for any other country that loses its electric supply due to nature or misadventure, like war.

Musing about this, I find it extraordinary that there are no reliable, affordable, and portable power supply units that could be brought in to help Zambia. The U.S. military flies generators and diesel fuel for its own needs around the world, but there is no civilian equivalent; no organization such as "Megawatts Without Borders," or even the technology to bring it about. Here may lie opportunity.

I have been puzzling on how civilian emergency electricity could be generated - say, by an electric source that could be connected to a grid in a matter of weeks and supply substantial power over a span of months. During the hot season in Zambia, for example.

I have seen various improvised systems, scattered across poor regions of the world, from Africa to South America and India, such as small, self-contained solar generators for communications, or the ubiquitous diesel generators, which provide limited power for those who can afford them.

But there is nothing that can be flown in via cargo plane, hooked into some ailing grid, and fired up easily to start producing redemptive amounts of power immediately. How much power? That is an open question. But to augment the power supply of even a poor land such as Zambia, enough units would have to be flown in to generate part of the 350-megawatt shortfall. Say to power a city, or a mine.

In coastal areas, power ships are possible, but that almost guarantees they would burn oil and have to be refueled. Nuclear would do the job, but you would have to build a civilian nuclear ship. That might prove possible, but it would have to be licensed somewhere other than the United States because licensing by the Nuclear Regulatory Commission proceeds so glacially.

Solar must be the answer. And that, coming from an old nuclear dog like myself, presents a strange turn of events. But Africa cries out for solar in the short term and the long term. In Zambia, where I lived for six months, the sun is merciless and predictable.

What I have in mind is a giant mat of solar panels that could be rolled up and trundled from the belly of a cargo plane, then spread along the ground close to where they were needed. During the Normandy invasion, the British devolved many strange devices to get their tanks through. One was a widget that spread a bridge in front of a tank as it moved over a ditch.

Heck, if we could do that in war 71 years ago, is a fly-in power plant so hallucinatory? There might even be money it. Some quite rich countries, like India and Brazil, run perpetually megawatt-short and would pay while they sort out their electric systems. Innovation is not all about computers - and it never was.