Why NRC must combine regulation with innovation.

Llewellyn King is Editor-at-Large for Public Utilities Fortnightly. He is the creator, executive producer and host of White House Chronicle, a weekly news and public affairs program on PBS. His email is lking@kingpublishing.com.

The Nuclear Regulatory Commission (NRC) is, in many ways, the pride and joy of the U.S. nuclear industry. It is known to be the exemplar of the "gold standard" in nuclear regulation. 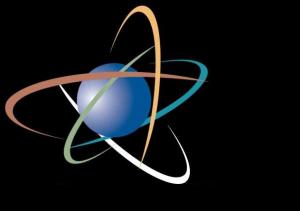 But there is a flip side: It also is known to be one of the great impediments to nuclear evolution.

All those working on new small modular reactors are talking about getting them licensed most likely in China or South Korea. Those dreaming of thorium cycles, large fast reactors and other innovations, ditto.

Yes, the revered keeper of the gold standard is also the enemy of growth in the technologies it regulates. The NRC, for all its technical virtue, also has a tight tourniquet around new reactor designs.

The problem is not the gifted and highly competent men and women who have devoted their careers to the NRC, but the very dynamic that underlies the agency.

When the NRC was designed in 1974 out of the regulatory division of the old Atomic Energy Commission, the AEC was under attack from nuclear opponents, who were in the ascendancy, as being both the policeman and the promoter. To use another analogy: It hunted with the hounds and ran with the hare.

This was probably terribly unfair. There is no evidence that the AEC offered anything but scrupulous regulation through its regulatory division. If anything, while the regulatory division was informed by the promotional role of the AEC, it had an impeccable sensitivity to its huge responsibility to make sure that civilian nuclear power was safe.

I was a reporter crawling all over the AEC at the time, first for Nucleonics Week and later for my own newsletter. I never saw but that the regulatory side of the house challenged the whole agency in what I took to be healthy ways. Institutional pressure there was aplenty. But that was exercised by the congressional Joint Committee on Atomic Energy, which tried to micromanage the AEC, and mostly succeeded until one James Schlesinger took the chairmanship. He managed the committee rather than the other way around.

Schlesinger also had a fine sense for managing his staff. He knew that the director of regulation needed not only to be independent within the AEC, but also to be seen to be independent. He knew the agency was vulnerable to the policeman-promoter accusation.

In the climate of those days, Congress had little choice but to set up a free-standing commission to regulate nuclear power and to break up the AEC. A few people could see that a negative dynamic might be in the works and recommended an agency more akin to the Federal Aviation Administration or the Food and Drug Administration.

Overall, it has been an effective agency, but it has become law unto itself, sometimes riven internally. It is widely believed that regulatory bodies are captured by their industries but, I have a feeling that the NRC has captured the industry. The industry has become amazingly subservient - both to the NRC and to the institutions that defend it in Washington.

In short nobody is regulating the regulator, and the regulator has become obsessed with regulation for regulation's sake; safety beyond safety and cost piling on cost. There are tales of a dozen NRC staff showing up at a licensee meeting when less than half that number could do. Why not? Who is to say no and the NRC, as a fee-for-service agency, charges, a neat $170.20 per professional hour. A brand new reactor could cost $1 billion to license according to industry estimates.

If we are to see forward movement in U.S. nuclear evolution, someone is going to have take a look at the institution that has become policeman, as intended, but also judge and jury. That is not a gold standard, but a set of gold handcuffs for the technology. Quis custodiet ipsos custodes? (Who will guard the guards themselves?) asked the Roman poet Juvenal. Precisely.