As we drive toward cleaner air, government should set standards, not interfere with practices

Llewellyn King is executive producer and host of “White House Chronicle” on PBS. His e-mail is lking@kingpublishing.com.

Opening a new front in its war on coal, the Obama administration is halting new coal leases on federal lands. But attacking coal isn't the way to achieve what the government is after: a reduction in carbon emissions. 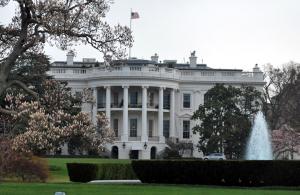 The government's persecution of coal, which started with the Clean Power Plan, is well underway. It's poor policy and not the way to achieve carbon constraint.

In energy and environmental policy, the government has two options: to push and to pull. There's been proof over the years that the government achieves its goals when it pulls, either with money, regulation or tax incentives. That's why wind and solar are on everyone's scheme of things. The government put them there by establishing a pull mechanism. It's been expensive, but it's worked.

I have another example that illustrates the pull dynamic at work. About a decade ago, the government went after outboard engines on small motor boats. The outboard engine was developed in 1909 and, except for wartime improvements, remained unchanged for eight decades. No matter the manufacturer, they were all two-stroke engines - reliable, fuel-guzzling and polluting. Smoke from the gas-oil mixture spewed from the two-strokes.

While the Environmental Protection Agency said the polluting had to stop, marine engine manufacturers, dominated by the Japanese, said nothing could be done. As to fitting boats with more-efficient, less-polluting
four-stroke outboard engines, the industry argued that they'd weigh and cost too much.

The industry's lobbyists said that if EPA persisted, recreational boating would be curtailed, hundreds of thousands of jobs would be lost, and small boat engines didn't contribute that much to air pollution.

But the EPA hung tough and the manufacturers turned off their lobbyists and turned on their engineers. Good things happened. Four-stroke outboard engines started to appear; amazingly the penalty in the mid-power range was about 100 pounds and $100.

But that wasn't all. New two-stroke outboard engines came to market; engines that not only met the EPA standard, but also the stricter California standard. This was done with electronic fuel injection and other controls.

The government established a standard, and the industry rose to the occasion and met it. That was a pull, not a push. A push would've been if the government had established a financial penalty for two-strokes and a tax credit for four-strokes.

As we drive toward cleaner air, the government should get out of the pushing business and into the pulling business. It should set standards, but not interfere with practices; the market will modify those.

In restricting leases, the government is seeking to push coal out of the market quite crudely by making it more expensive, not cleaner. It shouldn't decide which fuels win and which fuels lose, so long as national security isn't involved and climate goals are met.

The present thinking around Washington is that the United States has an inexhaustible supply of natural gas that will tide the country over until storage - yet to be created - overcomes the intermittent problems of wind and solar.

In fact, natural gas is facing two challenges to Washington assumptions. The first is the failure of the huge gas storage facility Los Angeles; and the second is something of a standoff in Oklahoma between the gas fracking industry and the state regulators. The state has been trying to restrict the use of some injection wells for the disposal of drilling wastewater. It links these to a big rise in seismic events.

The California accident will inexorably lead to tighter regulation and more system cost. The Oklahoma situation points to the danger of a big seismic event linked to fracking: It would be natural gas' Three Mile Island.

Instead of demonizing coal, we should continue to improve combustion and carbon capture. The government is right to fight global warming, but it's wrong to pick the weapons and prohibit others.

Pulling beats out pushing every time. Of course, pulling might push nuclear to the top - something this administration doesn't seem to want.