Response to Cicchetti/Wellinghoff Re: Net Metering

Letters to the Editor: A response to the article by Charles Cicchetti and Jon Wellinghoff in our December 2015 issue

Getting the economic and regulatory incentives right when it comes to rooftop solar power is one of the most pressing challenges that policymakers across the U.S. face today. Doing so requires a balanced, objective look at how to encourage the development of new renewable energies such as rooftop solar with what's fair to consumers. What is not helpful are misleading, "sky is falling" arguments contained in an article by Charles J. Cicchetti and Jon Wellinghoff that recently ran in Public Utilities Fortnightly. [See “Solar Battle Lines,” December 2015} 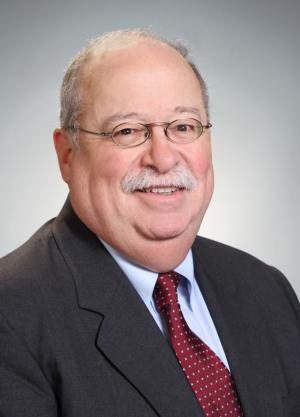 First, and to take a step back for a moment, the premise that utilities are resistant to change and are not able to adapt is simply untrue. The area of renewable energy actually represents a example of how utilities are innovating and enhancing the way consumers get their electricity.

In fact, utility-scale solar installations account for around 60 percent of all installed solar capacity. Nearly 4 gigawatts (GW) of large-scale utility solar capacity were installed in 2014, bringing large-scale installed capacity up to more than 10 GW, a number that is expected to triple to 30 GW by the end of this year. Furthermore, large-scale solar costs approximately half as much as residential installations per unit of clean power produced. So the utilities that Cicchetti and Wellinghoff seek to vilify are not eschewing change, but rather are leading the charge towards expanding solar capacity.

Regarding rooftop solar specifically, Cicchetti and Wellinghoff's arguments center on net metering policies and the proper way to value the electricity that is produced by these residential rooftop solar panels. These policies are the subject of debate in a number of states, some of which have recently taken actions to reduce the subsidy that is flowing from customers who do not have solar panels to those who do. What many do not realize is that those subsidies flow directly to the companies that lease consumers their solar panels. These subsidies go to the owners of the rooftop solar system, which in many cases is a large solar company such as SolarCity, which leases panels to thousands of consumers. Therefore, net metering, by its very nature, is a socially regressive policy that mainly benefits rooftop solar leasing companies.

Based on this, it's clear that the rooftop solar industry is developing a credibility problem. What's more, it has also developed a reputation for poor customer service and even for misleading customers. Attorneys General in several states, including Arizona, Mississippi, Connecticut, Louisiana and Vermont have either launched investigations or issued warnings to consumers related to these concerns, especially those tied to deceptive claims about future utility electricity rates.

According to Cicchetti and Wellinghoff, "proposed changes in current utility tariffs related to solar rooftop customers effectively slash and obliterate the economic incentive for new investments in rooftop solar." This is hyperbole at best, and is misleading at worst. It is also symptomatic of the rhetoric-tinged shouting match that the debate over net metering has become.

In order to attempt to set the record straight, and focus on the facts, I published a paper in December 2014 assessing how net metering policies value the electricity produced by sources of distributed generation, including rooftop solar. What I found is that net metering tends to over-value this energy. While distributed solar does have some value to add, it does not justify the way that many current net metering regimes compensate it at. What's more, distributed solar's value is diminished if the way it is priced inhibits improvements in efficiency and ends up distorting market price signals. Not to mention the negative effects of net metering's cross-subsidies.

That is why it is important for states to restructure their solar subsidy regime and eliminate net metering policies that transfer wealth from non-solar to solar customers. A recent decision in Nevada that will increase the fixed charge for customers with solar panels is a step in the right direction. In taking this step, the Nevada Public Utilities Commission has recognized that the subsidy flowing to solar customers needs to be reduced. This new decision does not decrease rooftop solar's value, as Cicchetti and Wellinghoff imply. Rather, it does a better job than previously at assigning an appropriate value to rooftop solar.

Another major mistake in Cicchetti and Wellinghoff's piece is the claim that, under net metering regimes, customers who generate power with rooftop solar panels simply "bank" or "park" their extra electricity with their utility, and retain ownership rights to that power. This is wrong, both technically and under the common practice of the Federal Energy Regulatory Commission (FERC). The truth is that electricity is almost always used the second it is produced, and the value of electricity fluctuates depending on the time of day. Some storage mechanisms are being developed, but these are not widespread and are very expensive. Once this assumption is debunked, then their argument that customers should be paid the full retail price for their power (as if it were a deposit of cash in the bank) gets the rug pulled out from under it.

There is no question that we should welcome growth in renewable energy sources with open arms. Rooftop solar certainly has a place at the table as one option that can provide clean energy to customers, and of course, customers that want to install solar should feel empowered to do so. But we need to balance that growth with another important concern: making sure that all electricity customers are treated fairly, and that the policies we employ make economic sense. The challenge now for the solar industry is whether it can grow based on its own merits, rather than relying on cross subsidies that negatively impact certain populations. The bottom line is that we need to be sure that in setting policies related to rooftop solar, net metering policies that overvalue the electricity produced by these panels are updated.