Demand Response: Getting the Prices Right

The rule works in the direction of more regulation to hamper innovation and counteracts incentives the rule creates.

William Hogan is the Raymond Plank Professor of Global Energy Policy at the John F. Kennedy School of Government.

The legal issue over the Federal Energy Regulatory Commission's (FERC) jurisdictional authority to set demand response prices is settled.1 In the so-called EPSA (Electric Power Supply Association) case, the Supreme Court found for FERC in support of its demand response Rule in Order 745.2 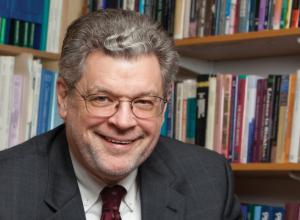 The second part of the decision addressed the compensation for demand response.4 Here the Supreme Court held that FERC had followed procedures to ensure that its demand response pricing mechanism is not arbitrary and capricious.

"2. FERC's decision to compensate demand response providers at LMP - the same price paid to generators - instead of at LMP-G, is not arbitrary and capricious. Under the narrow scope of review in Motor Vehicle Mfrs. Assn. of United States, Inc. v. State Farm Mut. Automobile Ins. Co., 463 U. S. 29, 43, this Court's important but limited role is to ensure that FERC engaged in reasoned decision making - that it weighed competing views, selected a compensation formula with adequate support in the record, and intelligibly explained the reasons for making that decision. Here, FERC provided a detailed explanation of its choice of LMP and responded at length to contrary views. FERC's serious and careful discussion of the issue satisfies the arbitrary and capricious standard."5

This procedural finding is not a decision on the merits of the pricing analysis or the compensation rule chosen in Order 745.

"In reviewing that decision, we may not substitute our own judgment for that of the Commission. The "scope of review under the 'arbitrary and capricious' standard is narrow." ... A court is not to ask whether a regulatory decision is the best one possible or even whether it is better than the alternatives. Rather, the court must uphold a rule if the agency has "examine[d] the relevant [considerations] and articulate[d] a satisfactory explanation for its action[,] including a rational connection between the facts found and the choice made." Ibid. (internal quotation marks omitted). And nowhere is that more true than in a technical area like electricity rate design: '[W]e afford great deference to the Commission in its rate decisions.'"6

Hence, the Court found that FERC's approach met the procedural standards. The Court did not make a finding about the merits of the FERC pricing rule. If FERC made a mistake on the merits, the Court decision allows FERC to change the pricing rule.

FERC made a mistake. FERC should change the pricing rule.

The Order 745 demand response compensation mechanism calls for paying the Locational Marginal Price (LMP). The issue here is about the efficiency and incentives of this pricing rule.

This is not about subsidizing demand response in order to counteract other defects in the electricity market. The predominant argument has been that the FERC LMP pricing rule is the efficient market pricing rule because it treats demand response "negawatts" the same as supply megawatts.7 By contrast, a subsidy argument would take us in another direction, and has not been the declared basis of FERC's reasoning. Were FERC to justify demand response pricing on the basis of a need for subsidies, both the Supreme Court case and the present discussion would be very different.

This should not be about minimizing the short-term energy price paid by loads. It should be about the efficiency of prices in reflecting costs, which is not the same as minimizing price to loads.

This is not about forward contracts and resale of electricity purchased in advance. For any forward contract where the buyer pays in advance for the power, resale by the buyer at the time of delivery should be priced at the prevailing market price. In the context of the present discussion, this would be the LMP. The FERC argument on the economics would be consistent with customer demand viewed as a forward purchase contract, which is paid for, but then the demand responder decides in real time to sell back the contract and not consume the energy. Then the proper price for the transaction would be the LMP market price. No dispute here.

There are many examples of perverse incentives created by the demand response compensation at LMP. For instance, distributed generation built just before the customer meter would be worth much less than the same plant built just after the customer meter. Even setting aside the (related) perverse incentives of retail net-metering, you should build your next generator on the customer side of the meter; you could use the generator output without changing your actual consumption; you would not be seen as buying from the grid so you would save the LMP; and you would be credited for a "negawatt" and be paid the LMP again! This is the double payment problem. Obviously this creates a lot of room to install even inefficient generation that would only be profitable on the customer side of the meter. On its face, this is discriminatory, and will create expanding opportunities for mischief.

FERC will be driven to adopting more, and more complicated, rules to prevent market participants from going where the perverse incentives lead them. The case of the demand response net-benefits test in Order 745 is but one example.

Under Order 745, the demand response net-benefits test limits accepting demand response offers to ensure that the extra cost paid for the reduced demand is balanced by at least as large a reduction in the energy price in the short-term market.

The mere existence of the net-benefits test in Order 745 is a tip-off that something is amiss. With efficient pricing that gets the incentives right, there would be no need for such a test. The Court decision refers to this as part of the balancing act of dealing with the effects of the demand response pricing rule. Here we should accept the Court's argument that judging the substance of the issue is outside both its mandate and expertise.

This is a basic point about efficiency of prices and markets.

The money to pay for demand response has to come from somewhere, and it comes precisely from the wholesale generators as a group (this is the point of the net benefits test). Demand response will reduce short-term energy market prices, allowing the mandate to collect the extra demand response costs from the remaining loads without increasing the apparent average short-term price to those loads. Hence, we see the rule operating as a regulation to further induce supply-side price suppression.

Low energy prices on the supply side is recognized as the "missing money" problem that precipitated regulations creating capacity markets in many regions. The FERC LMP demand response compensation mechanism, by design and necessity, will add to the missing money problem. This will show up later in a corresponding increase in long-term capacity payments that are socialized across all loads. Hence, short-term prices for loads will appear the same, short-term prices for generators will decrease, and the inefficient increase in total costs will be paid by all loads through the capacity markets.

The industry and notably FERC are fighting against practices, policies and regulations which distort prices in the spot-market and create such collateral damage.8 But the pricing rule in Order 745 institutionalizes just this kind of price manipulation. Now that the distracting jurisdictional dispute is settled, FERC should fix the demand response compensation mistake and get the prices right.9

The decision by the Supreme Court clears away the jurisdictional underbrush that complicated all discussion of demand response. Improved participation by demand is important, even essential, as we consider the immediate demands of electricity markets and the growing challenges in transforming to a cleaner energy system. Achieving these public policy goals will require innovation and fundamental changes in operations. Success depends in part on sending the right signals to market participants in making a vast array of investment and operating choices. Good markets depend on good prices. The demand response pricing rule in Order 745 creates perverse incentives and works in the direction of more regulation to hamper innovation and counteract the incentives the rule creates. There is a better way. Given the mandate explained by the Court, FERC should act now to get the prices right.

4. I was part of an Amici Brief of twenty two economists that addressed the compensation issue but was silent on the jurisdictional question.

7. This is an old argument, around since the introduction of the "negawatt" concept. See the economists' Amici Brief.

9. It would not be hard to do. We could look to the unbundling and billing approach that assigns equivalent energy purchase through the load serving entity. This is the essence of the approach used in California before issuance of Order 745.