Response To King-Datta Re: Time-Varying Rates

A response to the article by Chris King and Bonnie Datta in our December 2015 issue.

The article by King-Datta (See "Action by Choice," Public Utilities Fortnightly, December 2015) discusses the value that can be harnessed by large scale deployment of time-varying rates, now that 50 million smart meters have been installed. Our analysis of the results from 210 pricing pilots shows that customers do respond to time-varying rates by lowering peak demand. 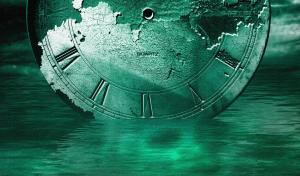 But the policy makers' quandary is whether to proceed with the deployment of these rates on an opt-in basis or an opt-out (i.e., default) basis? In an earlier piece, we showed that while opt-in deployment will yield higher response per participating customer, it will yield lower aggregate response since far more customers will be participating in an opt-out deployment. The better option from a demand response perspective would appear to be the default route.

Surprisingly, King-Datta arrive at the opposite conclusion. They say that one can achieve high penetration rates with opt-in deployment, and cite Arizona Public Service (APS) as an example. But they don't explain why. The reason is that APS also offers an inclining-block rate to customers, which is adopted by half of the customers who tend to be smaller than average, while the TOU rate is adopted by the other half of the customers who tend to be larger than average and who are able to avoid the second tier charges.

Furthermore, they argue that Ontario's opt-out deployment of time-varying rates has only yielded a 3% reduction in aggregated peak demand while Oklahoma Gas & Electric's (OG&E) opt-in deployment of a time-varying rate has yielded a 30% reduction. The comparison is misleading because Ontario offers a simple TOU rate with a very mild peak to off-peak ratio and OG&E offers a sophisticated dynamic pricing rate with a much sharper peak to off-peak ratio. If the same rate was to be used in the analysis, the reductions won't differ by a factor of ten.

It is important for policymakers to make a fair comparison of the relative merits of opt-in versus default deployment. And it would be best to put aside imaginary fears of customer revolt. The Puget Sound experience cited by King-Datta overlooks the point that the TOU rate had a very mild peak to off-peak differential. It yielded virtually no savings to customers and that lack of savings precipitated mass resentment, not the default deployment.

As with all rates with which customers are unfamiliar, the secret to success with default deployment is to have a well-developed program that educates customers on how to take advantage of the rate. In addition to outreach and education, the transition to a dynamic rate can be facilitated by offering temporary bill protection to customers. If there are specific customers of concern to the utility, then an alternative is to make the dynamic rate opt-in for "vulnerable" customers, mandatory for the largest customers, and default for everyone else.