Nuclear, a drain on our ability to deal with climate solutions, energy needs.

Russell Lowes is the primary author of the book, “Energy Options for the Southwest, Nuclear and Coal Power.” This was used by citizens creating initiatives at California electric municipalities to cancel Units 4 and 5 at the Palo Verde nuclear plant. Lowes projected a cost of $6.1 billion for the nuclear plant, west of Phoenix, compared to the industry projection of $2.8 billion. The plant came within four percent, at $5.9 billion, perhaps the most accurate projection for a nuclear plant in the U.S. Lowes testified before the Arizona Corporation Commission, as an expert witness on the economics of power plants. Today he heads SafeEnergyAnalyst.org, and is the Energy Subcommittee Chairman for the Southern Arizona Sierra Club Rincon Group.

Edward Mainland is co-founder of Sustainable Novato and currently Secretary of Sustainable Marin, both volunteer groups in Marin County, California that promote long-term community sustainability and local self-reliance. He has been Senior Conservation Fellow at the International Program at national Sierra Club headquarters in San Francisco, and co-chair of California State Sierra Club’s Energy-Climate Committee.

Fortnightly Magazine - May 2016
This full article is only accessible by current license holders. Please login to view the full content.
Don't have a license yet? Click here to sign up for Public Utilities Fortnightly, and gain access to the entire Fortnightly article database online.

Dr. James Hansen is dead wrong. He is wrong about nuclear energy being able to make a contribution to solving global warming. He has little or no grasp of the economics of nuclear energy, and that leads him to mistakenly support this doomed option. 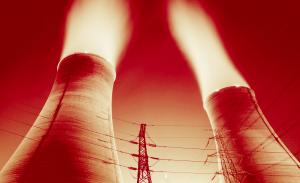 Let's just forget for a moment a key negative aspect of nuclear energy. Let's assume that there is no greenhouse gas from the nuclear fuel cycle, even though the two lifecycle meta-studies done so far both peg the number at approximately sixty-five grams of carbon dioxide per kilowatt-hour, more than six times that of wind energy.

Let's focus instead on costs of new reactors in the U.S., which make them infeasible to solve energy and global warming problems. The newer round of reactors Dr. Hansen would like to see are very similar to the last group of reactors finished in the 1980s in at least one aspect - economics. These reactors require giant nuclear steam supply systems, oversized condensers, large plant footprints, huge reactor containment buildings and an insane level of complexity compared to the other options - and even more complexity and construction material than the last round of reactors.