After 20 years of consolidation, the industry looks distinctly different.

Tom Flaherty is a partner with Strategy& – a part of the PwC network – who has focused on utility growth strategy, mergers and acquisitions (M&A), and business transformation for over forty years. He has been involved with approximately eighty percent of utility M&A stock transactions greater than a billion dollars in the U.S., and supported clients in Great Britain, Italy, Spain, France, Argentina, Venezuela, Australia, and Canada in consolidation or carve-out assignments. He has also provided expert testimony in more than thirty jurisdictions on utility combinations and benefits. Owen Ward, a director at Strategy&, has worked on numerous utility M&A and corporate strategy and growth assignments and contributed to this article.

Fortnightly Magazine - June 2016
This full article is only accessible by current license holders. Please login to view the full content.
Don't have a license yet? Click here to sign up for Public Utilities Fortnightly, and gain access to the entire Fortnightly article database online.

The power and natural gas utilities industry in the U.S. was built by consolidation of a host of far-flung entities leading to the emergence of the very large holding companies of the 1920s and early 1930s. Though the large holding companies were dismembered shortly after this period, for decades companies followed their own paths of investment and growth to build the industry we recognize today. 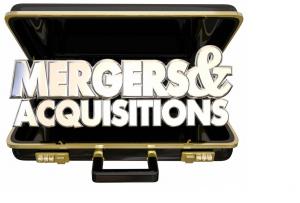 But over the last twenty years, the power and gas sectors have experienced an upheaval in composition and ownership.

Consolidation reemerged as a means to grow scale and add strength and diversity and has reshaped these sectors, rendering them almost unrecognizable from what existed just two decades ago. And there does not appear to be any confluence of policy, market, or industry evolution that may constrain further shrinkage of the companies that exist today.

When industry consolidation really gained traction in the mid-1990s, most observers believed it was a natural consequence of a restructuring industry. State regulatory commissions and legislatures were tinkering with the design of the traditional integrated model to enable more competition.