Steve Huntoon is the principal of Energy Counsel, LLP. Mr. Huntoon is a former President of the Energy Bar Association, and for over 30 years of practice in energy regulatory law he has advised and represented such companies and institutions as Dynegy, PECO Energy (now part of Exelon), Florida Power & Light (NextEra Energy), ISO New England, Entergy, PacifiCorp, Williston Basin (MDU Resources) and Conectiv (now part of PHI).

Presidential candidate Bernie Sanders wants to ban fracking. Prompting his opponent, Hillary Clinton, to say she'd impose so many conditions on fracking that few places would remain where it could occur. 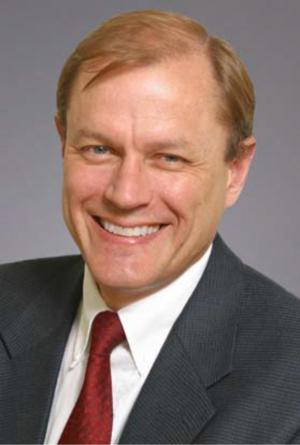 "Where fracking can cause environmental damage the right answer is to regulate it. And any damages should be compensated. compensated. That’s what our legal system is for." – Steve Huntoon

What's the price tag for all of us?

Economists at Rice University have done a credible job of estimating the cost to consumers of a federal fracking ban. The cost would be about 100 billion dollars per year.1

The Rice study passes a basic sanity check. If fracking were banned, then natural gas prices would return to their level in 2008, before fracking started to take hold.

This extra 100 billion dollars per year in natural gas prices is just the beginning. This is because natural gas is the most important factor in the price for electric generation.

The last time natural gas was at 8-10 dollars per million Btu, the range that is forecasted under a federal fracking ban, was in 2008. As noted above, that was the year when fracking started to take hold, and the price of natural gas began its dramatic decline.

A wholesale price increase in PJM of 33 dollars per megawatt-hour (the difference between 2008 and last year) carries an annual price tag around 26 billion dollars. And there would be tens of billions in higher prices in other electric markets around the U.S.

Senator Sanders would impose this massive cost on all of us for purported environmental concerns. But, ironically, a ban on fracking would increase coal-fired generation, which emits a global warming gas (carbon dioxide) at twice the rate of natural gas-fired generation. This is not to mention more of other pollutants. If you don't believe me, believe the Washington Post lead editorial of April 19, 2016: "Mr. Sanders's War on Clean Energy." 2

As for fracking contaminating water supplies, credible reports are rare. 3

What about the sensational scenes in the films Gasland and Gasland II, where a kitchen sink flames up and a homeowner lights the end of a garden hose? The former was not due to oil and gas development, and the latter was faked. The garden hose was connected to a gas supply, not to a water pipe. 4

Where fracking can cause environmental damage the right answer is to regulate it. And any damages should be compensated. That's what our legal system is for.

But banning would be a tragic overreaction to sensationalism, imposing huge costs on all of us. Berning all Americans, but especially those who can least afford it.

1. An article that includes a summary of the study results is here: http://www.forbes.com/sites/thebakersinstitute/2016/03/25/hillary-bernie... . The full study is here: http://bakerinstitute.org/files/9350/

2. As for getting rid of all fossil fuels, relying solely on renewables and storage, the cost would be astronomical, 280-600 dollars per megawatt-hour by one account: https://www.jpmorgan.com/cm/BlobServer/Brave_New_World_-_Annual_energy_p... (page 17)

4. The Gasland scene homeowner's case was investigated here by a Colorado agency: http://cogcc.state.co.us/documents/library/Technical/Public_Health,_Saft...

The Gasland II scene was faked as found by a Texas court: http://www.barnettshalenews.com/documents/2012/legal/Court%20Order%20Den...