Lions and luminaries who led the changes in utilities.

In "The 100: A Ranking Of The Most Influential Persons In History," Michael Hart lists those who most shaped our world, in his opinion. Not the most admired, since Genghis Khan and Adolf Hitler both made the list, ranked twenty-ninth and thirty-ninth respectively. 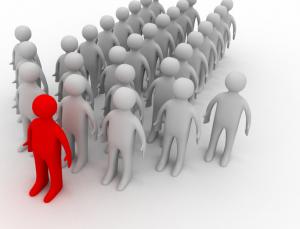 Not the most famous, since William Morton and Edward Jenner made the list, ranked thirty-seventh and seventieth respectively. They gave us the anesthetic and immunology.

But the most influential. The top five were Muhammad, Isaac Newton, Jesus Christ, Buddha and Confucius. Electricity's giants show up at twenty-two through twenty-four, James Watt, Michael Faraday and James Maxwell, and at thirty-five, Thomas Edison.

The question I posed was, who drove the changes? Who have been the most influential that shaped our world?

Think back to January 1, 1990. Electric utilities are vertically integrated. The 1992 Energy Policy Act is two years off. RTOs and ESCOs are unheard-of acronyms.

Coal dominates the generation mix. Control technologies for emissions of sulfur dioxide and nitrogen oxides are slowly evolving. As are natural gas combined-cycle technologies. Natural gas is drilled for vertically.

The Clean Air Act is surprisingly amended later in the year. It would be known as the 1990 Amendments. Few are wary of climate change.

Solar and wind aren't yet promising resources. Energy efficiency and demand response programs are, thanks to integrated resource planning, albeit at a modest scale.

Twenty-six years later, much has changed and is changing. Who drove the changes? Who have been the most influential in getting us to this place?

On the twenty-second of March, as readers might recall, my column put twenty names on the table for you all to consider, in no particular order:

The thinking was, who could argue that Amory Lovins didn't construct our industry's perspective on energy efficiency? Or that Bill Hogan didn't craft the template for regional power markets?

With plenty of shoulders for these giants to stand upon, to be sure. Nonetheless, Lovins and Hogan have played outsized roles in forming the electric utility industry of 2016.

My column asked who you would name? Readers flooded my inbox with nominations.

That's just great. Now we're up to forty-one names for the ten most influential. What do we do now?

At the risk of aggravating everyone, I'll venture the next step, and suggest a top ten.

Remember, this is a list of the most influential, not the most admired or most famous. They are intended to be those ten individuals who had the greatest hand in molding the electric utility industry of 2016.

Lovins and Hogan, as we said, drove energy efficiency and regional power markets, two hallmarks of today's industry. McCarthy led the development of the Clean Power Plan, which has already reshaped the industry even as the regulation is under court review. McClendon led the fracking revolution in the production of natural gas making this now-dominant fuel abundant and cheap.

So many state governors could make this list. But let's take The Governator himself, The Arnold, who accelerated the push for a green grid. The list feels complete with Kuhn, who coordinated the voice of the investor-owned utilities over the entire period, and with Zibelman, who is making us all rethink the utility regulatory model.

Three from the utilities and two utility regulators. A governor, a green advocate and a gas exec. An EPA head and a prof. That makes ten.

What do you think? Feel someone should be dropped from the list and someone else added? Feel I got the order all wrong? Well, tell me. Send me a letter, a letter to the editor. We'll print the best.

The 1937 classic movie "Slim" starred Henry Fonda and Pat O'Brien. It stirred millions of Americans about the linemen risking their lives to build and maintain the fast-developing grid.

The trailer says they're "gambling against split-second disaster... daredevils carrying a million volts across a continent." In an early scene, there's this dialogue between the young idealistic Slim and a grizzled veteran lineman:

Pop (J. Farrell MacDonald): Listen Slim. Climbing a tower is only the first part of being a lineman. It's what you do when you get up there that counts. They'll be millions of people depending on this tower for electricity. It's got to feed power to trains, trollies and factories. It's got to carry light to streets, homes and hospitals. It's got to be built so it'll never fail. (As he's shaking his fist for emphasis.) That's line work. It takes a lineman to do it.

Slim (Henry Fonda): That's just what I want to do. Ever since I've watched your gang. It just seems I'm obliged to be a lineman. Will you give me a chance?