Costs Fixed Depending on Timeframe

As we head towards a fixed cost electricity system

All costs are fixed. All costs are variable. Both of these statements are true about any business including electric utility service. How is that possible? How can costs be entirely fixed and entirely variable? 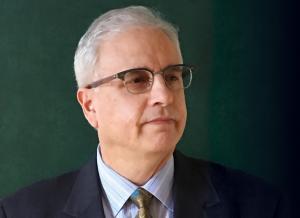 As Albert Einstein might say, it depends on the reference of time.

Suppose we ask what costs are fixed over the time horizon of an instant. Over an infinitely brief period, time is stopped, and all costs are fixed. Including costs we normally think of as variable, particularly consumption of power plant fuels.

In the limit, for you math geeks out there, a region's demand for electricity and dispatch of power plants are settled and set. There's no opportunity for human discretion and intervention. Costs in this frozen frame of time are thus fixed.

Then suppose we ask what costs are fixed over the time horizon of a half century. Over that lengthy a period, time is ample, and all costs are variable. Including costs we normally think of as fixed, particularly relating to the capital assets of the grid.

In the limit, at this other extreme end of the range, a region's demand for electricity and dispatch of power plants are anything but settled and set. Indeed, that goes for everything including the basics of substations, lines and poles. Half a century hence, will that 230 kV line even be needed?

This discussion would be no more than an intriguing academic exercise. Except that we rely on the breakdown of electric utility service costs between fixed and variable to design customer rates. And except that states across the nation are presently engaged in a fundamental reexamination of costs and rates.

Both sides can't be right, is our gut reaction. But both sides are. Because what both sides don't agree about is the timeframe.

The opponents to increasing fixed charges in rates have a half century timeframe in mind. As they see it, the entirety of how workplaces, schools and homes receive electricity is up for discussion. No component of the existing ephemeral infrastructure is guaranteed a role in the electricity system of the year 2066.

The advocates for increasing fixed charges in rates have a far shorter timeframe in mind, in effect. As they see it, the entirety of how we all receive electricity is not as unclear. For the foreseeable future, in their view, much of the existing infrastructure will still be here, still be serving the public for decades to come. Albeit with periodic maintenance and cyclical modernization.

Which side is peering into the more prescient crystal ball?

Complicating the debate, the breakdown between the fixed and variable costs of producing and delivering electric utility service is not static. The breakdown is changing. And it is significantly different than the fixed versus variable breakdown of just a few years ago. Costs are actually becoming less variable and more fixed. Surprised?

It's commonly thought that our system for supplying electricity is inevitably becoming less sluggish and more nimble. Hence it shall be more variable in every regard. Fewer central station power plants. More renewables, some semi-centralized and some distributed. More demand response, the embodiment of variability. But take a closer look.

Electric service costs are largely variable when the power plant fleet is heavily based on the combustion of fossil fuels. That's because every kilowatt-hour of electricity consumption causes a quantity of coal, natural gas or oil to be combusted.

This is the classic Econ 101 relationship of quantity and price. Buying more quantity begets more cost which begets more price.

A hypothetical fleet made up of nuclear, hydro, wind and solar would be a fixed cost system. That is, over the timeframe of the replacement life of these power generating assets.

Timeframe, there's the concept again. The power generating fleet that many of you envision has a fixed cost, for the most part, over a timeframe of decades.

We've never had an electricity system so dominated by fixed costs, so independent of variable costs. But that's where we're heading. The variable cost share is diminishing before our eyes.

Indeed, the demand side of our electricity system may also become more fixed and less variable. Not just from demand response, but from more efficient buildings and space heating and cooling. The relatively inefficient space cooling of the past and present required a variable-cost-based electricity system.

You might be thinking, we can't possibly have a rate design for electric service customers that is a hundred percent fixed charges. There would be no incentive to conserve, to curb usage. And light-usage households, generally lower in economic means, would be unfairly billed the same amount as heavy-usage households that tend to have greater means.

So what? In this hypothetical electric system of the year 2050 or so, you'll recall, there are no fossil fuels to overuse if we overuse electricity. There are therefore no pollutant emissions that will be spewed whether we use a little or a lot of power.

That's how we treat Internet usage for the most part, here in the year 2016. Apart from relatively minor charges that are volumetric-based, it's open season. We freely use as much social media, web searching, e-mail, etc. as we wish without regard to the incremental cost of one more post, search, or message.

But wait, you say. If the price of electric service were to become completely fixed, regardless of usage volume, wouldn't we go crazy and use impossible amounts forcing the construction of more and more power generation and delivery assets? With all their attendant negative externalities?

Yes, society would need to build more renewable generation capacity and more cables and wires to bring us power. But that's a rather good scenario. A growing green economy producing jobs to meet the ever-expanding demands of the public. For the most portable, most scalable, most flexible, and the safest and cleanest energy source that mankind has found.