Daniel Gabaldon is a director at Enovation Partners. The Cleantech Group – and its i3 platform for connecting innovators, corporations, and investors, which served as the source of the proprietary data used in this article – joined Enovation Partners in January 2016.

Matthew Guarini is a director with Enovation Partners. He has more than twenty-five years of experience in energy. For the past ten years, he has added a strong focus on the role of technology in energy addressing the smart grid, distributed energy, architectural and application roadmaps, cloud services, and analytics. This includes his previous role where he served as chief information officer for National Grid US.

Jamie Wimberly has served as chief executive officer of the Distributed Energy Financial Group LLC, DEFG, since it was founded in 2003. With more than twenty years of experience in energy, Jamie has interacted with leading technology innovators, executive teams at major investor-owned utilities and energy retailers, thought leaders, and regulators.

Appreciation to Mike Nolan and Ben Ziser for their research assistance.

Fortnightly Magazine - July 2016
This full article is only accessible by current license holders. Please login to view the full content.
Don't have a license yet? Click here to sign up for Public Utilities Fortnightly, and gain access to the entire Fortnightly article database online.

The continued growth of photovoltaic solar rooftop installations in the U.S., PV, has resulted in a series of debates. Concerning reforms to utility ratemaking. Concerning the proper form and extent of subsidies for PV. And concerning fundamental changes to the utility business model. 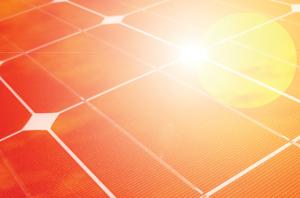 Regulators and policy advocates of various stripes grapple with these questions. But utilities are faced with the immediate reality of serving customers who have already adopted PV systems.

What does PV mean for utilities' residential customer service operations? From helping customers with supplier selection, through installation and maintenance issues? And with billing?

To begin to address this question, we conducted two sets of surveys of residential electricity customers in the second quarter of 2016.

The larger of the two, with a sample of over one thousand respondents, was intended to provide a snapshot of attitudes towards solar held by the overall residential electricity market. We'll refer to it as the Comprehensive survey.