Unsung Role of Fossil Fuels in the Miracle of U.S. Growth

Past, Present, and Future, Part I

Dr. Roger Bezdek is an internationally recognized energy analyst and president of MISI, in Washington D.C. He has over thirty years of experience in the energy, utility, environmental, and regulatory areas in private industry, academia, and the federal government. He served as senior adviser in the U.S. Treasury Department, and as U.S. energy delegate to the European Union and the North Atlantic Treaty Organization. He also served as a consultant to the White House, federal and state government agencies, and numerous corporations and research organizations.

The recently published seminal book by Robert Gordon, The Rise and Fall of American Growth, has taken the policy establishment by storm and is the most discussed book in Washington, D.C.1 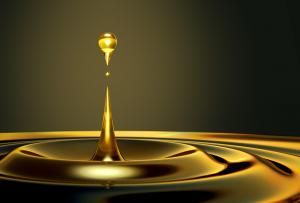 Dr. Gordon, who may win the Nobel Prize in Economics, is an eminent economist at Northwestern University outside of Chicago. His thesis is that the incredible technological innovations of the period from 1870 to 1920 were a one-time-in-history event that cannot be replicated.

Innovations such as electricity, telephones, indoor plumbing, air conditioning, cars, airplanes, radio, sanitation, refrigeration, and antibiotics, etc. transformed the U.S. The innovations were responsible for the extraordinary growth in U.S. and world productivity, Gross Domestic Product, and incomes over the past one hundred-fifty years, especially the golden period from 1945 to 1970.

According to Gordon, no other similar period in history has brought comparable progress or, more importantly, is likely to again.

His controversial argument is that U.S. growth has been much slower since 1970 and will continue to be slow in the future. Thus, the U.S. should get used to annual productivity and growth rates of about one percent or less. Instead of nearly three percent. This is a huge difference.