Response to Cicchetti Re: Net Metering

Robert Borlick is an energy consultant and previously held partner-level positions at Putnam Hayes and Bartlett and at Hagler Bailly.

Although I find myself disagreeing with most of Charlie Cicchetti’s arguments in his letter to the editor (See “Response To Brown Re: Net Metering,” April 2016, by Charlie Cicchetti), I have to admit to being impressed by his prodigious imagination. 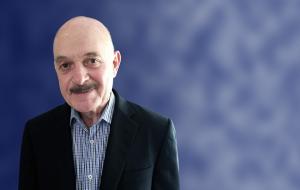 Charlie’s letter opens with an over-reaching statement, arguing that utilities want to control all of the electricity produced within their franchise territories. How is this relevant to the issue of appropriately compensating rooftop solar?

Yes, the utilities are concerned over lost sales due to solar generation. But they are generally allowed to recoup their associated losses either through automatic revenue decoupling mechanisms or through subsequent rate increases.

It is true that utilities want to revise their retail tariff designs in ways that will make rooftop solar less profitable. But that’s an appropriate outcome.

Our current tariff designs overly reward rooftop solar customers because they do not accurately reflect the costs those customers impose on their utilities. Indeed, this is the major reason why rooftop solar is so attractive in many states, especially in California.

As Ashley Brown correctly stated in his letter (See Response To Cicchetti/Wellinghoff Re: Net Metering by Ashley Brown), large-scale solar projects produce electricity at roughly half the cost of that produced by rooftop solar. Ashley’s claim is easily confirmed by the data on installed solar costs, which is available on the Solar Energy Industries Association website. Note that it is a pro-solar lobbying organization.

Charlie states that customers installing rooftop solar are: “… paying to reduce dependence on greenhouse gases and to expand societal benefits ....” Well not exactly.

Charlie ignores the fact that in many states, such as California, these customers receive far more in federal, state and local subsidies than they actually invest in their solar facilities! Charlie’s statement is the equivalent of claiming that someone who charges a dinner to his company’s expense account is personally bearing the cost of that dinner.

Charlie asserts that under net energy metering, a customer with solar is only compensated for the energy exported to the grid, whereas the customer’s total solar production creates societal benefits. Not true.

Customers with rooftop solar served under net metering tariffs receive compensation for each and every kilowatt-hour they produce onsite. This occurs through the bill savings that they receive over the twenty-five year economic life of their solar facilities.

Charlie states that utility investments in large-scale solar are added to their rate bases and that they recover: “… three dollars in undiscounted profit and depreciation over the life of the unit for every dollar it spends….” Guess what? The present value of three undiscounted dollars is (drum roll) one dollar!

But more important, under net metering the investments in rooftop solar are also recouped from utility customers over time through the solar customers’ bill savings, as I described earlier. To claim that, “utilities and their non-participating customers pay nothing when customers pay for the rooftop solar installation on their homes” is clearly wrong.

Charlie also claims that, “the utility pays nothing for this electricity,” which solar customers inject into the distribution system. This is also incorrect.

The customers receive bill credits for their injected energy, which they then use to purchase equal amounts of energy from their utilities in the future. Thus each utility effectively buys a customer’s excess energy at the volumetric cents per kilowatt-hour price in the customer’s retail tariff. Because these bill credits substitute for the revenues the utility would otherwise receive for the customer’s future consumption.

The volumetric tariff price typically exceeds the utility’s avoided unit cost. That is, the cost per kilowatt-hour of procuring the energy at wholesale and delivering it to the customer.

Consequently, the utility suffers a net revenue loss on almost every kilowatt-hour of excess energy the rooftop solar customer produces. The one exception is when a customer produced more solar energy over a twelve-month period than consumed during that period. If that occurs the customer receives a monetary payment that approximates the cost the utility avoided due to the excess energy.

It matters not that other retail customers consume the solar energy injected into the distribution system. If that excess energy didn’t exist, the utility would have only incurred the avoided cost described above to serve the customers that consumed the excess solar energy.

Nor does it matter if one characterizes this situation as the solar customer “storing” the energy on the grid for future use. Furthermore, the utility suffers this loss – not just from a solar customer’s excess energy – but also from each and every kilowatt-hour of energy the customer produces.

The utilities’ net revenue losses are directly caused by their retail tariff designs not being cost-reflective. If we properly redesign the retail tariffs, the conflicts between the utilities and their customers with rooftop solar will be resolved, with or without net metering.

The problem we face today is not so much technical, but rather political. Rooftop solar advocates don’t want to part with the subsidies that our dysfunctional tariff designs currently produce for them.

There are other false claims in Charlie’s letter. Such as his assertion that “most utility tariffs charge fixed monthly service fees to cover distribution costs for all customers connected to the grid.” This statement is rarely, if ever, true.

The fixed monthly charge in many tariffs is barely enough to cover the cost of billing the customer plus recovering the investment in his meter and the line drop to his house. Until recently the three California investor-owned utilities were not even allowed to charge fixed monthly fees that covered just the billing function.

Rather, the costs are determined by the customer’s instantaneous usage at times when the power flows peak on the distribution system, which drives the need for new investment. This typically occurs in the late afternoon or early evening when solar production is rapidly falling off or has already ceased. In the absence of a detailed, distribution feeder-by-feeder analysis, it is unclear how much of any given utility’s current or future distribution costs are reduced by rooftop solar energy production.

Lastly, Charlie’s plea for regulators to “define rooftop solar as energy the customer owns…” is hyperbolic distraction. Nobody I know of is arguing that utility customers don’t own the energy they produce or that they don’t have the right to produce it. What is relevant is that rooftop solar, when combined with retail tariffs that are not truly cost-reflective, creates subsidies for this costly generation technology that are mostly paid for by the utility’s non-participating customers.

A more appropriate plea to regulators would be to fix the flawed retail tariffs!