In 1998, Angelita Fasnacht was elected to work as the head of the water company for the rural and semi-urban areas of Departmento del Huila, Colombia. Most of these locations did not have clean, safe drinking water and even fewer had sanitation. 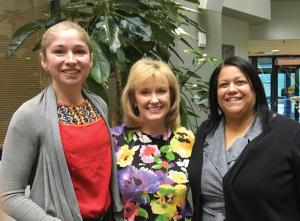 Water was brought by trucks or from highly unsafe sources such as surface water and unprotected wells. During her time in that position, approximately two hundred projects were completed. Approximately fifty thousand people received the benefit of safe, clean and affordable water.

Planning for these projects always included close communication with the community. These water projects united the local communities and improved living conditions. Most of these communities lived in isolation from the central government. They were kept in fear by the presence of the FARC terrorist group.

Local communities were working together to improve living conditions by means of clean water projects. But the terrorist group considered this a threat to their authority in these isolated regions. In February 2000, they kidnapped Angelita for thirty-two days because she had been organizing the effort to provide safe water.

After her release, she was warned to leave the country. She headed to the U.S. with twenty-five hundred dollars, not knowing the English language. She left to save her life and that of her loved ones.

Today, Angelita is an environmental scientist at American Water. She indirectly helps her native country through her work as President of the Global Water Alliance, an organization that funds safe drinking water projects. Every year she takes her four children to see and help with water projects around the world.

At this year's kickoff event, Angelita spoke to American Water employees about her experience growing up in a country where girls were burdened with carrying water long distances for their family needs. They could not attend school because of that requirement.

Susan Story, President and CEO: "Our customers see water fall from the sky: they think it must be free. They don't think about what it costs to treat it, then get it to their homes."

Dr. Ben Stanford, Senior Director, Water Research and Development: "We developed a process that lets you lower the aeration cost, lower the amount of air you're putting into the water."