Olympics of Gas Coming to U.S.

Conference brings together the world of natural gas

PUF's Steve Mitnick: You're the leader of the Gas Technology Institute, head of the International Gas Union, and in charge of this mega-Olympics international conference for the natural gas industry. How do you get through the day? 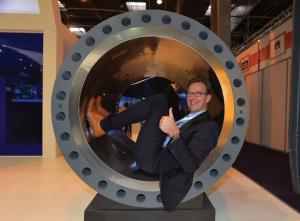 David Carroll: There's a phrase that I heard a couple years ago that is very apropos. That is, to be where your feet are. The schedule is packed. The travel agenda is scheduled years in advance, with so many great events throughout the world. You just have to focus on what you're doing at the moment and do the best you can.

Of course, we're following a broad plan and strategic framework to make sure that we're delivering value. Not just at the Gas Technology Institute, but also with the International Gas Union.

I want to give you a preview of the Olympics of the gas industry, the 27th World Gas Conference. It comes to the U.S. in June 2018, for the first time in a generation. Last time we held the conference here in the U.S. was 1988, when Ronald Reagan was president.

President Reagan welcomed and addressed all the attendees at the conference, held in Washington, D.C. 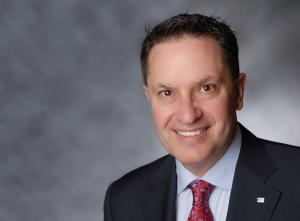 David Carroll: We want to include many players from the electric industry, which in aggregate is the largest customer for the natural gas industry.

PUF's Steve Mitnick: This must be a large conference.

David Carroll: Yes. I describe it with three points. One, it's big. Two, it's global. Three, it's relevant and timely regarding the issues and debates of the day.

We're going to bring together roughly twelve thousand or more executives, professionals, policy makers, government officials, and many others to discuss, debate and hopefully advance the role of natural gas in the global energy mix. Gas, we strongly believe, is a tool for both economic development and environmental stewardship.

Ministers, energy ministers, and CEOs are confirmed as speakers - dozens of them. High level panels are set up for debates. Numerous technical sessions are going to feature the latest advances in production, transportation, and end use. It's going to be massive - a huge exhibition. 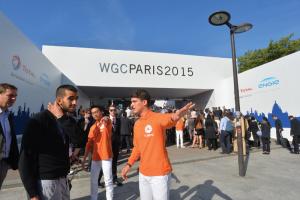 We're going to fill the Walter E. Washington Convention Center with big displays and exhibits from energy companies around the world.

It's a jam-packed week. It's a week-long interaction with the industry's movers and shakers from around the world. Those include the producers of gas, the transporters, the big users, and the financial institutions that finance the infrastructure development and facilitate trading.

There are policy makers from governments and NGOs from around the world. Not everybody's in agreement on the role of gas in the future. We're purposely setting this up to facilitate debate. 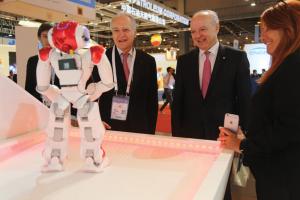 There may be some differences of opinion.

But most of us want the same thing - providing our fellow citizens around the world the affordable, clean, reliable energy system that we all need to enhance our quality of life.

PUF's Steve Mitnick: Why do people choose to attend? 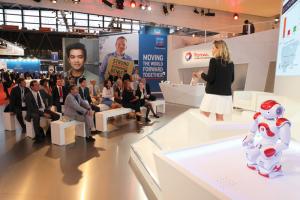 Natural gas fuels about forty percent of U.S. electricity production. It also serves as feedstock for fertilizer production and petrochemicals. It has direct use in homes and businesses for heating, hot water, and cooking. This is a very relevant energy source globally and domestically.

Second, whether you're buying gas to use in a power generation facility, a regulator that's looking to regulate the industry, or a government policy maker, it's a great way to get to know and understand this critical industry.

You attend to find answers to many questions. Who are the players? What are the latest technology developments? Where are new markets emerging? What emerging policies and regulations are needed to promote the growth of our energy portfolio? You'll hear a lot of solutions at this event. You'll learn how gas is both a tool for economic development and a tool to improve the environment.

Everyone's there, from the head of ExxonMobil to ministers from around the world. GTI will be sending twenty-five or thirty people. You want to get to know what's going on this huge global industry in one week? Washington is your place next year. 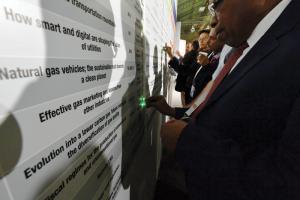 PUF's Steve Mitnick: This conference is also going to have some hot spots or debates?

David Carroll: How do we address the energy needs of a growing global population in a way that's affordable and responsible, with regard to the environment? People of good character and pure intent have some disagreements about that, and we want to facilitate that debate at this World Gas Conference.

It's a privilege to serve as the president of the International Gas Union for this 2015 to 2018 period. Putting on this World Gas Conference is much more than the gas industry talking to itself about how great it is. 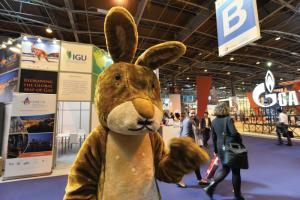 The World Gas Conference provides a platform for exchanging serious information – and some lighter moments as well.

PUF's Steve Mitnick: What do you do to make this conference successful? And what exactly is the International Gas Union?

David Carroll: It's tough to talk about the World Gas Conference without spending a couple of minutes talking about the International Gas Union. It's an organization that was founded in 1931.

Back then it was sort of a Eurocentric technical standards organization, but it's morphed over the years. Now, the International Gas Union spans ninety countries, representing ninety-seven percent of the world's gas production, transportation, and use.

It's an organization that's dedicated to the progress of this industry, technically, economically, and politically. The charter members are gas associations from ninety different countries, such as the American Gas Association, the Canadian Gas Industry and the Mexican Gas Association. 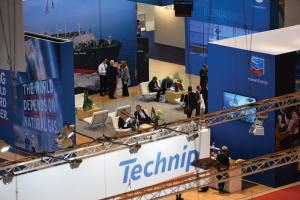 The associate members are the large energy companies, like ExxonMobil, Shell, Gazprom, and others. As an international organization, we attempt to engage the various global organizations and policy makers to demonstrate the role that gas plays in fueling economic development and improving the environment.

We spend a lot of time with entities like the G20, where we work with the various presidencies of that organization to sponsor and put on gas days. We feature the role of gas as a tool of economic development and environmental improvement.

For example, back in 2016, in conjunction with the G20 energy ministers, we held a gas day in Beijing. We held a ministerial meeting last December in New Delhi, focusing on the role of gas in cleaning up the air. At the same time, gas is fueling economic growth in China, India and beyond.

I'm working with our members and other organizations around the world to raise the voice of natural gas in the global energy debate. We want to provide enhanced value to our membership in a variety of ways. We're also focused on running a World Gas Conference. 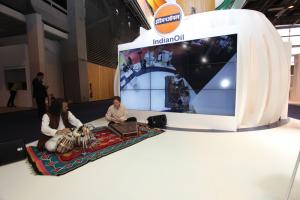 David Carroll: That's absolutely right. You asked me, what strikes you about serving in this role over the last several years? Number one, it changes you. You realize how big this industry is globally, with all the different players.

The International Gas Union is a powerful organization in that regard. For example, companies made massive natural gas discoveries a few years ago off the coast of Israel. A fledgling industry like the gas industry in Israel can sit side-by-side with representatives from established global energy companies that have been in the business for a hundred years or more. They can engage and learn from each other.

Since I have been IGU president, and including my time as vice president, I've traveled over a million miles. I've visited fifty of the ninety countries thus far. I've made dozens of presentations in locations from India to Israel, Indonesia to Saint Petersburg, and everywhere in between. It's not a job for the faint of heart. 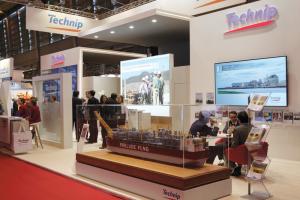 PUF's Steve Mitnick: When the conference is over, what will you have wanted to accomplish?

David Carroll: We want a large, robust, relevant conference that goes off well. We want to run a technically proficient conference.

But beyond that, if this is done well, we will have brought together the world of natural gas. It is a very important fuel that has great opportunities as it expands its role globally. Being a global gas industry also has some challenges. We want to bring the industry together with other stakeholders and try to highlight the key issues, debate those, and come up with new ideas and solutions.

Buyers and seller meet and they transact deals. Policy makers debate on stage and then they meet afterwards to resolve differences. This is really a service to the industry, and a service to stakeholders of the energy industry worldwide. They come together once every three years and talk about the issues of the day, but also about the plans that need to be in place, and the decisions that have to be made in the future. All that, so that we as an energy industry are doing the right things by our fellow citizens. 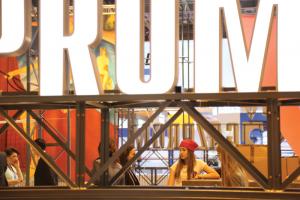 When you start going to places like India, sub-Saharan Africa, China, and so forth, the need for affordable, relatively clean, reliable energy, is so acute. It makes you very aware of the good things that this industry works hard at every day, to deliver affordable energy, safely, and reliably.

It's easy to get caught up in our first-world discussions of how we should subsidize more solar power and so forth. I realize we need to incorporate vast amounts of renewable energy in the energy mix, but when the quality of life, the air quality, the affordable energy and access to affordable energy issues, are so acute around the world, that's something that really strikes you.

You're going to see and hear a lot of that at this World Gas Conference. It's just like traveling internationally. It opens your eyes.

It's not just everything that we're dealing with in Washington or Chicago. There really are important needs and important challenges out there. This industry, along with its partners in the global energy mix, can go a long way to addressing those big challenges.