Tomás Torres currently serves as Project Director in the Aireko Foundation and as General Coordinator of the Institute of Competitiveness and Economic Sustainability of Puerto Rico (ICSE-PR). Torres is a licensed engineer with over twenty-five years of experience. He is a former member of the Puerto Rico Planning Board. He chairs the Energy Committee at the Puerto Rico Manufacturers Association.

Editor's note: This article was published shortly before Hurricane Maria devastated the electricity system of Puerto Rico. The people of Puerto Rico face — potentially — many weeks without power. The Public Utilities Fortnightly team prays for the timely restoration of electric service on the beautiful island and territory of the United States. 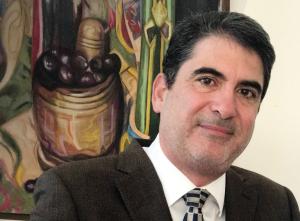 On September 6, Puerto Rico faced a strong challenge, as Hurricane Irma passed approximately fifty miles from the coast of San Juan, covering the island with tropical storm and hurricane winds.

On top of the threat to population and damage to infrastructure caused by atmospheric disturbance, Puerto Rico is currently facing one of the most important challenges that will affect its economic development and its future.

This challenge is the bankruptcy filing of the Puerto Rico Electric Power Authority under Title III of PROMESA, Public Law 114-187, the Puerto Rico Oversight, Management, and Economic Stability Act. This was as the result of several factors, most importantly the collapse of the infrastructure and fiscal management of the government owned electric utility monopoly, PREPA.

Court proceedings began with a debt mediation process. The mediation team leader designated by Judge Swain is Judge Barbara J. Houser of the U.S. Bankruptcy Court for the Northern District of Texas.

Acceptable mediation scenarios with bondholders must proceed within the framework of established regulated utility norms. In addition, acceptable scenarios must include a sustainable reduction of the electrical grid's cost of service.

In accordance with the latest audited financial statements for FY 2014, PREPA's debt amounts to 9.4 billion dollars, and in the case filing, over 10 billion. There are other liabilities, including the deficit in its pension plan, estimated between 1,700 and 2,200 million dollars, and contingent liabilities estimated to be over 1.5 billion.

Total debt value, conservatively, amounts to about 13.2 billion. Per FY 2014 statements, the utility's total assets amount to 10.3 billion and its capital assets to 6.8 billion.

PREPA's debt to assets ratio is above 1. This reflects insolvency, when considering either total assets or capital assets. National averages for public power or investor-owned regulated utilities ratios are near 0.50. PREPA's debt size is far beyond normal national parameters.

If an agreement like the already rejected Restructuring Support Agreement of PREPA with its creditors is reached in accordance with the PREPA fiscal plan submitted earlier this year, by 2023 electricity costs in Puerto Rico will reach 30 cents per kilowatt-hour.

That is due to a projected twenty-three percent decline in demand during the next ten years in addition to a sixteen percent decline for the last ten years. On June 30, PROMESA's Fiscal Board rejected the PREPA's Restructuring Support Agreement. The highest adjustment to debt considered in that agreement was fifteen percent.

In this scenario, the debt level would remain above 8 billion dollars. That would make it impossible to attract the private investment, estimated at 4 billion, that is required for the transformation of the obsolete generation fleet, the development of natural gas infrastructure, and maintenance of transmission and distribution systems.

Sustainable debt levels are required to take Puerto Rico out of its current trend of economic decline. That trend started in 2006 with a decline in the GDP of more than fifteen percent in over eleven years, at constant pricing. This was because of many factors; among others, a significant reduction in the manufacturing sector, propelled by the elimination of certain U.S. tax benefits.

Section 201 of PROMESA states that the fiscal plans developed under such an act need to provide for a "debt burden that is sustainable.”

Current PREPA debt is far from sustainable. If national norms are used, the debt value should be half of its assets valuation. That valuation needs to be determined within the current bankruptcy proceedings.

What would be the impact of not reaching a sustainable debt level for PREPA? It would be a serious blow to the country's already weakened economy. Puerto Rico's economy does not have the capacity to absorb increases in energy costs beyond the current average electricity price of twenty cents per kilowatt-hour.

The scenario would mean the utility will have to seek protection under Title III of PROMESA at that time, given its inability to withstand such a high level of debt.

The picture is clear. Sustainable levels of debt in PREPA need to be achieved now, to propel the economic growth of Puerto Rico. If a sustainable debt value is not reached through the bankruptcy court, the debt restructuring will inevitably be postponed to the near future, creating a death spiral of less demand and higher rates.

The question that remains, the elephant on the room, is how will Puerto Rico handle energy costs while court proceedings and debt restructuring are under way? The answers must include strong regulatory oversight of PREPA by the Fiscal Board and the Puerto Rico Energy Commission. The plan must also include measures to allow private, distributed energy, behind-the-meter generation at costs below 15 cents per kilowatt-hour for industry and commercial sectors, and below 18 cents per kilowatt-hour for residential customers.

Nevertheless, near term measures need to be adopted to allow energy consumers to produce energy at fair, reasonable and competitive costs below 21 cents per kilowatt-hour. Those measures should include implementation of streamlined interconnection procedures for high efficiency generation, including combined heat and power, and for renewable energy distributed generators greater than five megawatts.

The measures should include fuel cost certainty for distributed energy high efficiency generation.

Those measures should also include implementation of tariffs and procedures to provide non-discriminatory grid access (wheeling); implementation of demand response programs; and elimination of excessive, non-bypassable surcharges on distributed self-generated energy for renewables and high efficiency fossil generation.

In other words, these are measures to remove barriers to distributed behind-the-meter generation. In transforming the Puerto Rico electrical system, the goal should be to achieve a system that is reliable, with affordable and sustainable costs.

Our electrical system needs to align not only with fair, reasonable and competitive consumer-generated distributed energy, but with the cost of energy in its region and competing economies.

Fourth quarter 2016 industrial rates for jurisdictions in the Caribbean and Central America, comprising Costa Rica, Dominican Republic and Panama, ranged between 13.83 and 16.55 cents per kilowatt-hour.

Several members of the United States Congress, including Tom MacArthur, Sean Duffy, Raúl Grijalva, and Nydia Velazquez, sent a letter to José Carrión, President of the PROMESA's Fiscal Oversight and Management Board. It states that the target rate of 21 cents per kilowatt-hour “is not nearly enough, since it would still be significantly higher than other industrialized island-states and the Caribbean economic region.”

Achieving the transformation of the Puerto Rico electrical system is feasible. It will require sustainable debt levels in accordance with regulated utility norms; integration of distributed energy at reasonable and competitive costs, based in expanded grid access; and the use of market forces to drive down costs. This will require strong regulatory oversight by PROMESA's Fiscal Board and by the Puerto Rico Energy Commission.