Lower Bills Enrich Us and the U.S.

In its most recent Consumer Expenditure Survey, the Labor Department reported that American households' electric bills averaged $3.95 daily in 2016. Average bills fell a nickel daily from the prior year. 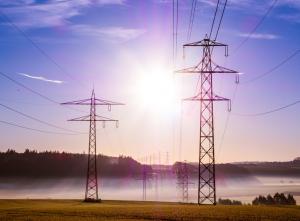 In the West, households pay $3.36 per day on average; closer to three than four dollars daily. In the Midwest, households average $3.57 per day, and in the Northeast, $3.65 per day.

In its most recent Gross Domestic Product release, the Commerce Department reported that electric bills averaged 1.35% of household expenditures this July. This is near the all-time record low set in February, when it was as low as 1.22%. At that level, electricity cost consumers one in every eighty-two of their dollars spent.

In its most recent Consumer Price Index release, the Labor Department reported that electric rates rose 89.2% as much as the CPI since its 1982 – 1984 base period. Inflation-adjusted, electric rates fell.

If the Labor Department's base period is too far back in time for you, try a more recent base. Electric rates have risen at about the same pace as the CPI or slightly less for the last year, the last two years, the last five years, and the last ten years. The stats are there for you to see in every mid-month issue of PUF 2.0, in the ten-page Quant Services pullout.

The evidence is overwhelming that the cost of electric service is at or near its historic low. Consider the implications.

As during my forty years, and long before I started, utility regulation and policy continues to be one vigorous food fight after another between contesting parties. These days we argue about capacity pricing in organized markets, net metering payments to solar roof customers, initiatives to curb climate change gas emissions, roles of utilities and competitors, etc.

It feels strange to this industry veteran, like a void. Fretting about rates and bills used to be where the action was. It's not where the action is, in utility regulation and policy today.

More importantly, utility regulation and policy has been an enormous success in making electric service cheap for consumers. Despite all our hearing room fisticuffs - or perhaps because of them – utilities and regulators have freed up real bucks for households to spend on other needs and wants. Cheap electricity translates into more money for the kid's education, the parent's senior care, or just that occasional Lady Gaga concert.

Cheap electricity also translates into even more electrification. Manu­facturers feel free to develop and market new products without much concern about the expense of powering them. Consumers crave the next gadget caring more about battery life and charging cords than charging cost.

Our culture is hurtling towards a more electrified future of robots, virtual reality, 3-D printing, drones, sensors everywhere, artificial intelligence, autonomous vehicles, indoor farming, etc. Every element will be animated by electricity. No way this happens if electric service isn't cheap (as well as ubiquitous and reliable).

The low rates and bills that are the product of utility regulation and policy have enriched us and the U.S. And the prospects are – pun alert – bright. Take a moment and pat yourselves on the back, utility leaders and regulatory leaders. A job well done.