Editor's Note: We excerpt here this nomination letter making the case for Jeff Fleeman to be selected as a Fortnightly Top Forty Innovator. Not only because the letter is beautifully written, but particularly because Jeff's accomplishment in transmission design is so extraordinary. 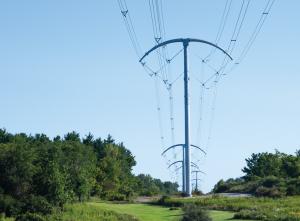 I am very pleased to nominate Jeff Fleeman from American Electric Power as a Fortnightly Top Forty Innovator.

Jeff has held many titles in his 38 years in the electric power industry, 36 of which have been with AEP. He is currently Managing Director of Transmission Business Development for AEP and serves as Chief Operating Officer of Grid Assurance LLC, a start-up company formed by AEP and five other electric utility companies.

While Jeff's credentials and technical skills are impressive, it's his incredible imagination and intense curiosity, as well as his ability to enlist others' talents in developing solutions, that I value the most. He knows how to channel his and others' talents into creative solutions to the challenging problems that face our company and our industry. Innovation leaders like Jeff inspire those around him to engage their own ingenuity by asking questions, such as "If we had to do this, how could we do it?" and "What if we tried this in some new way?" 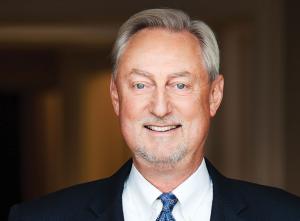 Jeff has asked these and other thought-provoking questions many times, which has produced game-changing, significant breakthroughs and industry-leading approaches in many areas, including condition monitoring and analysis of transmission and substation equipment; asset management analytics and asset renewal capital program development; workforce development and associated analytics; and novel equipment specifications for reliability improvements.

Your recent "Coffee Break" articles with five industry CEOs showcased how innovation is radically changing how utilities think about the future and how to better serve their customers. Clearly, innovation is top of mind within our industry.

AEP's Breakthrough Overhead Line Design (BOLD®) Transmission technology is proof that Jeff has earned a spot as one of the nation's top innovators. He was a relentless champion of this technology, and also came up with its cleverly apt name. This year's Edison Award from the Edison Electric Institute recognized BOLD as a leading innovation. 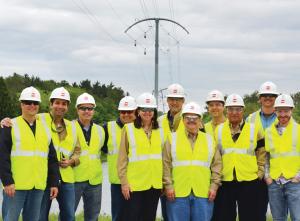 As background to the genesis of BOLD, utility regulators and other stakeholders had long sought better use of transmission rights of way, and the public has longed for more aesthetic facilities. In view of these and other concerns, and observations regarding some less effective attempts at maximizing right-of-way utilization, an engineer on Jeff's team set about answering an evocative question - "what kind of transmission line would we build if we could start with a blank sheet of paper?" That system engineer developed some key concepts to do just that, and enlisted the help of one of our structural experts.

At first, most could not believe the practicality of reshaping the physics of our traditional design. The idea was to put the conductors in a tight delta configuration to provide better power delivery, energy efficiency and electromagnetic field performance while also being one third less height with a graceful appearance.

The fledgling concept was at risk of being laid aside as impractical and too risky if not for the passionate advocacy Jeff applied to encourage the evaluation and experimentation that led to BOLD's full development. He even encouraged pressing the physical limits further so as to not undershoot on the potential capacity improvements.

Now imagine yourself in meetings with our planning and design engineers and Jeff. As the design was being incubated, and analysis was bearing out the expected performance, he was persistently evangelizing the benefits of adopting BOLD technology to demonstrate its breakthrough benefits. 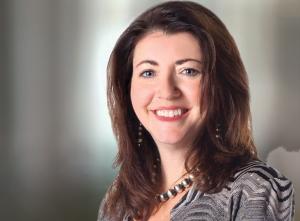 Lisa Barton: They invented a new concept line design delivering up to 60 percent more capacity and up to 33 percent more efficiency in a compact, crescent form.

Meanwhile, as early as 2010, PJM identified widespread low-voltage conditions and multiple line overloads in the Fort Wayne, Indiana, area as part of its annual Regional Transmission Expansion Planning process. The area, in addition to being the largest metropolitan area in the AEP Indiana Michigan Power Company's service territory with around 3,000 MW of peak load, also sits at a vital crossroads of extra-high voltage transmission within the PJM region and routinely shoulders heavy power flows between PJM and MISO.

In addition, our team was informed of reliability concerns following the announcement that nearly 14 GW of fossil generation would be retired in PJM due to environmental regulations. While typical transmission projects are planned at least five years in advance, these events exacerbated the already significant reliability challenge in Fort Wayne and necessitated that it be resolved in less than three years.

The traditional transmission technology solutions wouldn't work as well or as fast in this situation.

Because Jeff was persistently asking where an optimal demonstration project for BOLD could be developed, the combination of challenges in Fort Wayne were ready made for a first application. The result was the ability to reutilize an existing 138 kV right-of-way to place a new 345 kV circuit, rather than a much longer, more expensive, and time consuming route around suburban Fort Wayne. 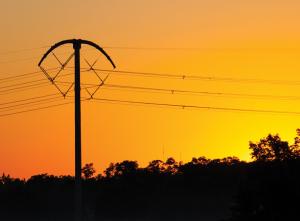 The Robison Park-Sorenson line near Ft. Wayne, Indiana. This is a 345-kV/138-kV dual voltage line. The primary goal of the line rebuild with BOLD was to increase capacity without increasing the right of way required. The line was energized in November 2016.

The team started to work on this idea. They invented a new concept line design delivering up to 60 percent more capacity and up to 33 percent more efficiency in a compact, crescent form.

BOLD had a capital cost on par with traditional technologies with up to 33 percent lower cost per megawatt delivered. On top of these impressive figures, the elegant structure is 30 percent lower in height than traditional structures required to carry the same load.

Jeff's leadership and imagination led to the first transformational line design the industry has experienced in almost 50 years.

This line design may well be the next step in the evolution of transmission tower technology; starting with lattice towers over 100 years ago, more recently with monopoles and now with BOLD curved arms and its revolutionary electrical characteristics.

In another example, Jeff worked tirelessly both internally and with an external technology partner to develop and implement our industry-leading Asset Health Center, which is designed to reduce failures, optimize maintenance and prioritize replacement of major substation assets at AEP, while also improving safety and efficiency for our employees. This was a multi-year effort that Jeff conceived and brought to life for the benefit of AEP and the electric utility industry.

Jeff also innovated in the area of infrastructure renewal, where he guided his team in developing a comprehensive long-term program of modernization that integrates multi-faceted needs regarding safety, abnormal system conditions, local reliability, customer experience, resiliency, and support for strategic telecommunications and condition monitoring needs.

Jeff also has served as an innovative leader in several industry organizations. He is currently the Chair of the Power Systems Energy Research Center (PSERC) as well as Vice Chair of its T&D Technologies Stem committee and is responsible for driving the current PSERC initiative addressing the research needs associated with utility business transformation to include more distributed resources and the customer experience. He chaired the EEI Transmission Committee, leading to several changes in its organization and outreach, as well as more diversity in leadership.

He recruited several female leaders into committee roles, including Colleen Ramsey from Idaho Power as the first female chair. He was a dynamic leader of the EPRI Transmission and Substations Advisory Council, where he helped drive operational changes and initiatives that in turn were adopted throughout the entire EPRI Power Delivery Sector.

Finally, Jeff has been a leader in innovative work force development. He started and led our AEP Transmission cooperative engineering program, which has been the foundation of success for recruiting and retaining a larger and more diverse engineering work force. He contributed significantly to the early work associated with the IEEE Power and Energy Society's Scholarship Plus program, including serving from its inception until this year as the Chair of the Region 2 Committee. This program has resulted in attracting and equipping dozens of new employees for the industry from this region.

I hope you agree that Jeff is a Top 40 Innovator in the Electric Utility Industry. Thank you for considering this nomination.