Why We Were There at Electrification 2018

Conversation with a Teenager

Mike Brozek is SVP for pdvWireless.

I'm pretty protective of my Saturday mornings. But it's not every day my teenager asks me to talk about my work and help him think about his own career plans. So instead of screaming at college football on the tube, I recently found myself happily – even proudly – sitting on our front porch in Melvern, Kansas, gazing at the lake and talking about my long history in the utility business with a kid who was entirely focused on the future. 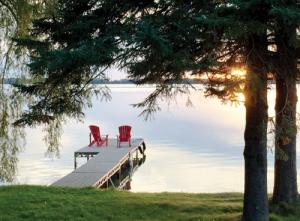 Like any up-and-comer, Cody was excited by all this talk about increased electrification, figuring it could only be a good thing for the industry, a lucrative trend to carry a lucrative career. Not to dampen his enthusiasm, but like any dad I just had to bring him back to earth. Yes, there's opportunity, but not without major change.

Mike: Get your feet off the rail and stop slouching. More coffee?

Mike: The point is, this electrification thing isn't just about cranking out more power. Think about the highway system. President Dwight Eisenhower, the greatest Kansan, saw that the nation's roads were inadequate to support post-war America. The old roads were narrow and inefficient, it just took too long to get anywhere. So he built the interstate highway system we have today. That was sixty years ago. Interstate highways transformed America. Imagine where we'd be without them! 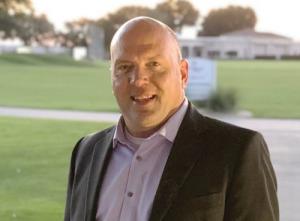 Mike Brozek: With all this new electrification and people generating power all over the place, the grid running in both directions, thousands of sensors and control systems – don’t we need to solve this now?

Cody: Stuck in town, I guess. But what does that have to do with electricity?

Mike: We're at a similar place in the utility industry now, smart aleck. The grid was built for one-way flow of power from centralized plants out to the end-user. As long as juice got to customers' light bulbs and electric motors, we were doing our jobs. People bought more toasters and electric coffee makers and needed more power and we provided it. Think of that as the grid's first iteration.

Cody: Got it. Electrification 1.0, right?

Mike: Sure, whatever. But those days are gone. Now customers expect utilities to do much more than just provide power. Now we have to accept power, too. 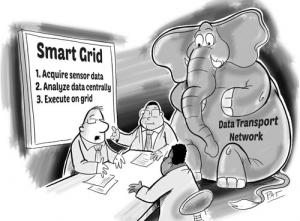 Cody: Tough being you, huh? I mean, if there's one thing you don't need, it's more power. A kid at school just got solar panels on her roof and says her folks plan to sell any extra back to you. I mean, to the utility.

Mike: Right, people are doing that already. So the power is now flowing in both directions. Relying more on electricity means more electric cars, too. They draw lots of power.

Cody: I want a Tesla with Ludicrous Mode. And a touch-screen cockpit.

Mike: Get a job first, kid. But imagine your classmate with the solar panels has two of those cars in her garage. One minute the sun's shining and she's flowing power into the grid. The next the clouds come out so she's no longer generating, and she decides to plug in her cars. Now she's drawing big-time.

Your old Electrification 1.0 grid wasn't built for that. Today we need to communicate with and control points all over the grid. But we'll get to that elephant in the room in a minute. The point is, unless the grid changes, the customer's actions could impact service to others.

Cody: What kind of changes? I mean, metal wires don't care which way the power goes, do they?

Mike: No, not much, unless you overload them. We have to control the voltage, or your friend could fry her internal wiring, maybe even impact service to her neighbors.

Cody: Seriously? That's so cool! She could take out the neighborhood?

Mike: Don't get any ideas, champ. Utilities have to modernize their whole distribution systems. We need capacitor banks and voltage regulators and syncrophasors and all kinds of new sensors all over the grid to tell us what's happening where and when, so we can manage increased demand as well as customer choices - like vehicle charging stations and solar panels on the roof - that we don't control but can impact our ability to serve others.

Cody: Okay, but, um - Google? It's a modern world now, Dad. I can look up the current wind speed in Calcutta, I'm pretty sure you can get voltage readings in Topeka.

Mike: Put your phone away, unless you're checking the Jayhawks score.

Cody: They're up by seven. Guess they can win without you after all.

Mike: It's the first quarter, don't be so sure. So how do you think we're going to get those voltage readings in Topeka?

Cody: You said it yourself, sensors all over the grid. Just like my phone can sense motion, light, fingerprints, sound. They must have smart thingies that sense voltage and stuff. Just slap them on the wires and they'll tell you what you need to know. Like the wind meter they have in Calcutta.

Mike: Amazing. That's just what we're doing. We're generating more data than ever before, really useful and important data that helps us monitor and protect the grid. What do you think we do with all that data? Where does it go?

Cody: Well, I'm guessing you have central computers that analyze it and decide what it means and send commands back out to other devices on the grid that execute those commands. Right? Why are you making that face?

Mike: I'm fine, I'm fine. Yes, you got it, son. That's exactly what we do. Based on information from the sensors, our control systems tell the grid what to do, where to connect or disconnect or throttle down. And we put the whole thing up on a giant screen in the control room, so we can see what's going on. But there's still one piece you haven't figured out, the really hard piece. How does the data get from the sensor to the control system to the physical device?

Cody: What do you mean?

Mike: How does the data move? Does it just transport itself?

Cody: Oh, you mean the bars.

Cody: The bars. You know, the 4G bars on my phone. That's the service that carries the data. I never pay much attention to it, it's not the cool part of tech. I like the apps.

Mike: Well, my boy, you're in good company. Few people in my business are thinking about that part either, and it's a huge problem.

Cody: What's so hard about it? Can't you just buy data service from a carrier? That's what I'd do.

Mike: Have you ever tried to use your fancy phone after a big storm, when power's out all over the place and everybody's trying to send videos of the trees down and locate family members?

Cody: Good point. Service is affected, to say the least.

Mike: Right. If it's still up, the network can get so congested you can't get through anyway. But we're the local electric utility, son. We can't afford to lose data connectivity, ever. In this new Electrification 2.0 world, we need that data, not just to run the grid, but to help the grid recover when there's an outage. So our communications network actually has to be even more reliable than our power distribution network. The commercial carrier networks are built for consumer purposes, but ours have to serve utility, life-and-death purposes. The service you have on your phone just won't cut it.

Cody: Okay, I get that. But you're a big company, can't you just build your own network? It only has to cover the area of your grid, right? Couldn't you just run wires, like the fiber under the streets?

Mike: Yes, yes, and not unless you're printing money. Yes, we can build our own network. In fact, we have done that many, many times already. It seems every new kind of sensor we buy comes with its own special way to send its data, but it's too limited or specialized to carry any other data. So now we're managing almost a dozen different networks, and that's not something I would wish on anybody.

And yes, our data network only has to cover our grid, but that's a pretty enormous area. We do sometimes lay fiber in very dense regions, but for the most part it's just too expensive to run it out to thousands of devices scattered throughout the service area. We pretty much have to have wireless.

Cody: So build wireless. There must be tons of equipment and devices and stuff you could buy. Maybe not at Best Buy, but somewhere.

Mike: Yes, you're right again, there sure is. And lots of it is made by the same folks who make the parts in your phone. You are zeroing in on the crux of the problem. That elephant in the room I mentioned earlier. When you pick a station on the radio, do you know what the number means?

Cody: Yes, Dad, I'm not stupid. I took science in seventh grade. It's the frequency. Measured in hertz.

Cody: Now you're saying I should be a lawyer?

Mike: Over my dead body! But you sure need to know when to hire one. The utility industry has been asking the Federal Communications Commission for ages to specify a block of frequencies, called spectrum, for us to use for our own private, critical broadband data networks.

And that, son, brings us to the big deal, the thing you've got to get: broadband will be the platform that enables the utility of the future. You think Eisenhower knew all the benefits the highway system would bring? No, he just knew what he had to do to address the problems he could see in the '50s.

That's where we are today with the grid. Yesterday you bought power from the utility, pretty straightforward. Tomorrow, you could have neighbors generating and selling to neighbors, people storing and reselling power based on market prices, all kinds of dynamic distributions across the grid. And for that we need robust, reliable, dedicated, utility-grade wireless broadband.

Cody: I don't get it. What are they waiting for? I get all that future talk, but what about right now? With all this new electrification and people generating power all over the place and the grid running in both directions and thousands of sensors and control systems and everything - don't we need to solve this now?

Mike: That we do, my boy, that we do. Well, good talk. Let's go see how the Jayhawks are doing.