The energy sector is innovating rapidly and attendees at the Smart Electric Power Alliance Grid Evolution Summit were thrilled to be there. PUF asked everyone why they attended, and the enthusiasm was palpable. 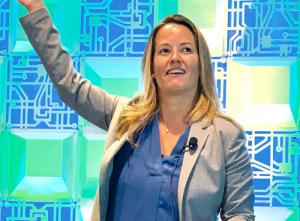 Some talked of the vital intersection of utility and technology companies. Others said it's the place to learn from our peers. Several noted it's because the industry thought leaders attend. Various participants stated it's the place to communicate what their utility is doing. A number pointed out it draws participants from across the spectrum of the energy ecosystem. See photos from the Facebook photo album of the event.

Whatever the reason for coming to SEPA's Grid Evolution Summit, PUF is certain it was the place to be at the end of July in Washington, D.C. To that end, PUF gathered a number of great minds from the Grid Evolution Summit and asked them why they were there, and how innovation is changing the utility industry.

Listen in on a fascinating gathering from SEPA's Summit to help understand our evolution and revolution. Then make plans to attend next year's SEPA's Grid Evolution Summit. It's the place to be!