Policymaking at its Finest

It was a large gathering, the 2019 Energy Policy Summit in Nashville, and part of the National Conference of State Legislators Legislative Summit. Energy policy is now chic as evidenced by the crowd gathered to listen in to speakers from Google, Amazon, Walmart, and REBA - the cool sounding acronym of the Renewable Energy Buyers Alliance. 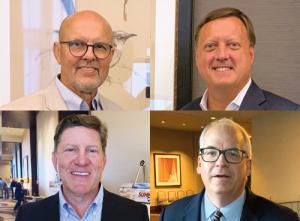 The August Energy Summit was kicked off on a Sunday morning by bipartisan co-chairs, Indiana State Senator Eric Koch, and Illinois State Senator David Koehler. There was a lot to absorb, starting with the fascinating, as when Nevada State Senator Pat Spearman pointed out her state is the first majority female legislature in the United States, so a lot of work gets done.

Then there was the funny, as when Mason Baker, general counsel for Utah Associated Municipal Power System, which is planning the nation's first small modular nuclear reactor project, quipped that he had a predisposition to nuclear in law school based on The Simpsons. There was also the unusual, as AWEA's Jeff Danielson mentioned the Facebook page of a group of wind turbine techs called the Tower Climbing Grease Monkeys.

There was much more there at the Energy Summit. PUF talked to a few of the participants to give you an idea of the goings-on — policymaking at its finest!