For this panel, we have two association executives, two policymakers, and a leader at a DOE National Laboratory All have long histories in the energy sector and national perspectives. Our objectives were to elicit potentially competing perspectives on what the future of the electric industry may be, and for those responses to stimulate readers to develop their own perspectives and initiate similar discussions within their own organizations. 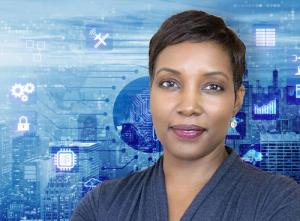 PUF's Tom Sloan: In the next five to ten years, what technological advancement will most impact the electric industry? Why? How?

Paula Glover: The likely result is a combination of technological advancements, some having more impact than others depending on region. For example, distributed storage advancement could play a large role in places where the sun shines often, as coupled with solar and rooftop solar.

Carbon capture is another technological advancement to consider. If carbon capture experiences growth and the technology moves forward at a progressive pace, this could significantly impact infrastructure investment decisions.

Advancements in nuclear generation will also impact the industry, and if done successfully will fill the need for zero-carbon baseload.

Utility scale storage capacity, as distinguished from distributed storage mentioned above is the obvious game changer.

PUF: During the pandemic, many people worked from home. Will this be a trend in the industry? If, yes, what are its implications?

Paula Glover: Certainly, companies will reevaluate the new normal, but any decision on the workplace of the future will likely be driven by what achieves best outcomes for employees, customers, and the company. That said, current events have allowed companies to understand how they can incorporate flexible schedules and telework to fulfill human resource needs.

Paula Glover: All the above. What's not mentioned is politics and election outcomes this coming November.

That said, the march to renewables is unlikely to experience a rollback, but federal leadership can dictate growth incentives, and to some degree the speed of the march. However, federal incentives notwithstanding, state policy will play a large role in moving renewables forward.

PUF: Will the pandemic's impact lead to more distributed generation and/or better utility-customer and customer-customer interactions? If yes, how?

Paula Glover: As mentioned above, we may see some growth in distributed storage, in that the pandemic has exposed a number of uncertainties during times of crises. That said, the amount of growth, and efficacy of distributed storage will be determined by technology.

As to customer interactions, it's correct that a possible outcome is better customer relations. As you know, IOUs were among the first to voluntarily suspend disconnections as the crisis began, something likely appreciated by all customers.

Paula Glover: Likely not. As a general rule, most electric companies have already begun reducing carbon emissions, based on actions of the previous administration, and in response to state actions. Related needed infrastructure investments are already baked-in, with additional investments well in the planning and implementation stages, in anticipation of where markets are going.

Our Panel of Veteran Leaders on Electric Trends: