During the Chaos and Afterwards

Fortnightly Magazine - June 1 2020
This full article is only accessible by current license holders. Please login to view the full content.
Don't have a license yet? Click here to sign up for Public Utilities Fortnightly, and gain access to the entire Fortnightly article database online.

April isn't that big of a deal. For most utilities, the revenues billed for their customers' usage of electricity in the month of April — with its mild spring weather — is significantly less than one-twelfth of annual revenues. 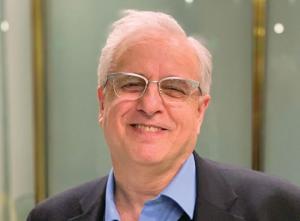 Why does this matter? Because shelter-in-place to combat the coronavirus became the rule pretty much nationally by the first of April. That's when the drop in commercial and industrial customers' usage of electricity went full bore.

Many states had started shelter-in-place earlier than the first of April though just by a few days. Nine states had instituted their statewide orders as of the twenty-third of March. California, Connecticut, Illinois, Louisiana, New Jersey, New York, Ohio, Oregon, and Washington State. But then, only three days later, by the twenty-sixth of March, twelve more states joined in, totaling twenty-one states, including most of the states in the northeast and midwest.

And thirty states had issued their statewide orders by the thirtieth of March. Only Arizona, Arkansas, Iowa, Nebraska, Nevada, North Dakota, and South Dakota were holdouts and hadn't instituted even a partial order. Arizona and Nevada went ahead in the very first days of April. That left just five of the states — Arkansas, Iowa, Nebraska, North Dakota, and South Dakota — without a stringent shelter-in-place policy, and they have only five percent of Americans within their borders.