They're Accustomed to Being in the Front Lines

They are thirty-five men and women in our industry. Each took the time to tell their stories. Of how they came to join the U.S. Army, Navy, Marine Corps or Air Force at an early age. Of what they did in service to their country. Of, when they left the military for civilian life, how they handled the changes big and small. Of how they found us, the utilities industry. And how they continue to serve their country, these days with a hard hat or keyboard while in the field or office. 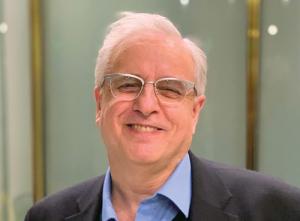 Though they're thirty-five, those who told their stories in my new book "Front Lines to Power Lines," co-authored with Rachel Moore, they stand for the many thousands of vets in our industry. The book celebrates all our veterans, with heartfelt enthusiasm. But we had a higher purpose in mind. The book quite intentionally shines a light onto the unique qualities that vets bring with them, instinctively, qualities that are so very valuable to utility service. And onto how our industry can get better at attracting, retaining, and supporting them when they are within our ranks.

Kelcey Brown, Rob Douglass, Kevin Hernandez, Jeff Ihnen, Josh King, Jesse Lockhart, Dee Ostrowski, Rick Rother, and Joe Tolbert are Navy veterans. (Though the heretofore mentioned Bill Krieger was Navy too, but that was before he joined Army.) Now they serve their country at American Water, Con Edison, Flint Energies, Georgia Power, MidAmerican Energy, and Xcel Energy, and at the professional firms Michaels Energy and ScottMadden. Plus, one of the Navy vets was at FirstEnergy through 2016.

One of the vets is a power systems dispatcher. One is a line superintendent, after years as a lineman. Another is a lineman.

One is a computer network administrator. Another is his utility's director of threat intelligence and security awareness. And one is a communications specialist.

One is a division director for renewables engineering. Another is a senior manager for substation and meter operations.

One is CEO of a consulting firm that serves the utilities industry. Another is a partner of another such firm.

And so on. That's just thirteen of the thirty-five vets that participated in the "Front Lines to Power Lines" book project. You get the idea, I think. Vets are serving in almost every capacity in the utility industry.

It's second nature for veterans to be mission-oriented (or shall we say mission-dedicated), to prioritize procedure and safety, and to work in cohesive teams. And leadership is drummed into you in all the military services. So, leading comes naturally to vets too.

Which reminds me that this year's leadership forum of Veterans in Energy is on the sixth of October. No problem if you aren't yet registered. The event will be virtual and veteransinenergy.org is right there at your fingertips to fill you in on the agenda and registration.