Andy Bennett is the CEO of mPrest. 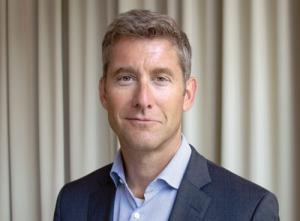 PUF: What are you hoping to learn here?

Andy Bennett: We know there is something to learn. DERs are happening at an incredible rate and huge proliferation. But the utility industry's been slow to think about this growth and actually do anything about it.

When you talk to a lot of utilities they'll sit down and say, DER integration is not a problem yet. One of the things that we're talking about with a lot of utilities, when you hear that sort of attitude, is how long are you going to wait before it's a problem?

Because waiting seems like a poor strategy. We had a great dinner with a customer last night. His comment was, It's already a problem and we haven't done anything about it yet.

I am sort of looking thematically to figure out what the heck decision makers are thinking and why they're waiting so long to think about managing DERs on the grid. I hope I learn something there.

PUF: What are you planning to tell people about your company's priorities?

Andy Bennett: I took this job, not just because I love the technology and the industry. I think a lot of us came to mPrest because we want to do something that makes an impact. I know that sounds corny, but I don't think this move to a more decarbonized grid happens unless we do it at the edge of the grid. That's my first belief.

Tightly coupled to that is the understanding that it's one thing for us all to have solar or electric cars. But if you can't manage those assets in a coordinated way, it's kind of useless. That's our value statement as a company. We all believe in renewable energy, distributed energy, and democratization of energy, but it has to be enabled.

This transition is not just going to happen on its own and that's our ethos as a company. I don't think you'd find anyone in our company that didn't fundamentally believe that and that wasn't partially why they joined our team. They want to make a difference.

PUF: Three to five years out from today, where is this space going to be?

Andy Bennett: It's fascinating to look at the Distributech show floor, as it's evolved. I guess we took a three-year hiatus. There used to be a lot more hardware here, is what I remember.

I think three to five years out, we'll have a decentralized grid. Maybe not totally, but utilities and software providers are going to have a lot more influence on what happens at the edge of the grid. For us as a company today, at thirty utilities worldwide, I expect we'll be at three thousand utilities.

I think we'll be helping utilities solve this problem and that's where the excitement's going to happen for this industry. When you look around, how many electric vehicle charging stations have you seen here? Inverters? Five years ago, it was all breakers and reclosers and really loud stuff.

I haven't heard a single bang since I've been in here because that's not where it's happening on the grid. It's happening at the edge of it.

Conversations at the Distributech mega-conference in Dallas: