Since the 1990s, the Federal Energy Regulatory Commission (FERC) has undertaken several major efforts to restructure the electric industry to encourage development of competitive wholesale markets. Beginning with Order 888 (open-access transmission), and most recently with Order 1000 (regional transmission planning, regional cost allocation, and competitive processes for grid build-outs), FERC has continually pushed the policy envelope, presuming that markets will foster consumer benefits. Achievement of FERC’s ends, however, has come at the cost of significant effects on areas previously considered to lie within the exclusive jurisdiction of the states. Creating competitive wholesale electricity markets has somewhat expanded FERC’s role in electricity regulation, shifting – to FERC’s benefit – the “bright line” that heretofore has separated state from federal authority. 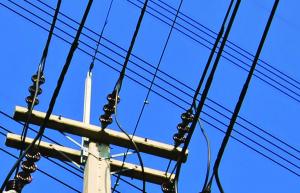 For the most part, FERC’s actions have been upheld by the federal courts when challenged by entities concerned with FERC’s encroachment on state jurisdiction. The Supreme Court’s last pronouncement on states’ rights regarding interstate transmission was in New York v. FERC, where the Court upheld FERC’s Order 888 actions in the open access transmission context as a necessary shifting of the line in light of the changing use of electricity in this country from local to regional. Indeed, some members of the Court did not think FERC went far enough with Order 888.

With Order 1000, which is currently subject to appeal, the question will be whether FERC’s latest efforts have gone too far – in this case imposing on the rights of the states to site transmission – or whether the courts will again view FERC’s efforts as a necessary next step in the evolution of markets. Several states already have enacted retaliatory legislation or have such efforts underway in an attempt to block Order 1000’s mandate to remove from FERC-jurisdictional tariffs and agreements an incumbent utility’s right of first refusal (ROFR) to build new transmission. These new state ROFR laws, which grant a right to construct new transmission lines to the incumbent utility, could be viewed as contradicting FERC’s goals in Order 1000 to create a competitive process for new transmission development.

If Order 1000 is upheld on appeal, it may be difficult for any state ROFR legislation to survive scrutiny under a Supremacy or the Commerce Clause analysis. Nevertheless, the states have a long history of determining who builds transmission within their boundaries. The role of the states in siting and permitting of new lines has always been carved out of federal legislation and has been a fiercely protected police power of the states. Thus, the outcome of the Order 1000 appeal will either lead to a new shifting of the jurisdictional line in favor of FERC or a key turning point for FERC’s future policy decisions in the other direction.

[Editor’s note: What follows is an excerpt from “Walking the Fuzzy Bright Line,” the authors’ feature story in Fortnightly’s September 2013 issue. See that article for full analysis and citations.]

A Mission of Sweeping Reform

In Order 1000, FERC aimed to improve transmission planning processes and cost allocation mechanisms that were “necessary at this time to ensure that the rates for Commission jurisdictional services are just and reasonable in light of changing conditions in the industry.” Specifically, FERC found the Order 1000 reforms were needed in response to new industry developments and “to address remaining deficiencies in transmission planning and cost allocation processes so that the transmission grid can better support wholesale power markets …” The new industry developments included 1) a DOE study finding that “the electric industry faces a major long-term challenge in ensuring an adequate, affordable and environmentally sensitive energy supply and that an open, transparent, inclusive, and collaborative process for transmission planning is essential to securing this energy supply;” and 2) NERC’s conclusions that 39,000 circuit miles would be needed over the next 10 years for long-term reliability of the grid and to integrate variable and renewable generation.

In Order 1000, FERC ordered certain ROFRs to be removed from jurisdictional agreements and tariffs, thereby allowing nonincumbent transmission developers to compete for the right to construct certain transmission lines on essentially the same basis as incumbents. While FERC’s directive to remove ROFRs from jurisdictional agreements and tariffs was being debated in court, several states (Indiana, Minnesota, North Dakota, South Dakota and Oklahoma) flexed their traditional authority over the siting and construction of electric transmission facilities and introduced or enacted their own ROFR laws to take the place of the ROFRs that FERC ordered be removed. These laws effectively or explicitly limit the right to construct in their state to the incumbent utility, thus precluding independent transmission developers (i.e., nonincumbents) from building transmission lines, even if the nonincumbents were chosen in the FERC jurisdictional transmission development process required by Order  1000.

The viability of these laws will likely depend on a judicial finding that FERC has pushed federal regulation too far over the line that demarcates the boundary with the states. In matters of transmission, that line’s location has always been a bit fuzzy. Under the FPA, the federal regulation of the sale of electric generation and the transmission of electric energy is “affected with a public interest” and federal regulation of such matters “is necessary in the public interest.” But the FPA also limits federal regulation “only to those matters which are not subject to regulation by the States.” This has been interpreted to mean that anything not specifically enumerated to FERC’s jurisdiction is reserved to the states, including all siting and permitting decisions. States have traditionally assumed all jurisdiction to approve or deny permits for the siting and construction of electric transmission facilities, a power derived from its police power to regulate for the betterment of the general welfare of its citizens. In Virginia, for example, no transmission line of 138 kilovolts or greater can be built until the Virginia State Corporation Commission (VSCC) makes a finding, among others, that the corridor the line is to follow “will reasonably minimize adverse impact on the scenic assets, historic districts and environment of the area concerned.”

Opponents of Order 1000 argue that the removal of ROFR essentially interferes with a state’s authority to regulate who will build transmission facilities in the state by establishing rights for nonincumbents to develop new transmission facilities within a state’s borders. The conflict between the power of the federal government to order the construction of transmission lines and the power of the state to say no has long been brewing. In 2007, PJM approved the construction of the PATH transmission line to bring energy from the western outreaches of its footprint to the constrained population centers along the Atlantic coast. The transmission developers, who had designed a route that passed through West Virginia, Virginia and Maryland, faced opposition in all three states and reluctant regulators. The conflict created by a federally mandated transmission line that had no state willing to let the line pass through its borders disappeared when the economic crisis erased the projected demand that supported the need for the project and PJM ultimately rescinded its order to build.

State ROFR legislation sets up a similar conflict: if a state can control if a line ordered by an RTO is built within its borders (and the answer to this is not settled), can a state choose who builds the line?

See “Walking the Fuzzy Bright Line” in Fortnightly’s September 2013 issue for the authors’ analysis of the legal contest that is ensuing over FERC Order 1000.

ABOUT THE AUTHORS: Linda L. Walsh is a partner with Hunton & Williams, and Noelle J. Coates is an associate with the firm.