The U.S. Supreme Court has ruled that the Environmental Protection Agency must – first – consider the costs of compliance before fixing a specific cap on mercury emissions. What’s next? 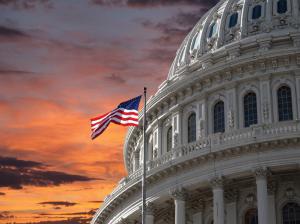 “This is a rare instance of good news for the coal business, but I'd expect any sense of enthusiasm to be shortlived. I fully expect EPA is going to step back up to the plate and take another bat at power plant mercury regulations,” says Rob Barnett, policy analyst with Bloomberg Intelligence, in an interview. “That being said, it will probably take EPA several years to develop a replacement rule; it's definitely something that will probably slip into the next presidential administration.”

On Monday, the Supreme Court released its 5-4 decision, which said EPA must take into account the cost of its regulations at the initial stage – the one where it determines that regulation of hazardous emissions from electric power plants would be “appropriate and necessary.” In this case, EPA says that it considered those costs but had waited until the second stage to do so – the one where it had actually drawn up the proposed rules.

In 2012, EPA said it was acting under the authority of the 1990 Clean Air Act by proposing regs to cut mercury emissions by 90 percent, under the so-called MACT rule. But it was challenged by the state of Michigan, as well as industry and coal-based unions and trade associations, and such companies as Peabody Energy, which have the called the proposal costly and burdensome, at $9.6 billion a year.

Those plaintiffs first took their arguments to the D.C. Circuit Court of Appeals, which had sided with EPA’s positions. However, the same plaintiffs appealed that ruling to the Supreme Court, which just said that EPA had to calculate the cost of proposed rulings from the get-go.

“One would not say that it is … rational, never mind 'appropriate,' to impose billions of dollars in economic costs in return for a few dollars in health or environmental benefits,” says Justice Antonin Scalia, in writing the majority’s opinion.

In its ruling, though, the High Court remanded the case back to the D.C Circuit.

By any measure, the legal process will be slow and deliberative. But will that alter the current trend whereby older coal plants are being retired and getting replaced with those fired by natural gas-fueled generation?

To be clear, that mercury regulation would have applied to 1,400 coal-and-oil-burning power plants. Utilities were supposed to have installed the technologies to reduce those emissions by 90 percent starting this year, or in some cases, 2016. They would have had five years to comply.

The agency says that at least 60 percent have already acted while 40 percent, or about 600 units have not. Of those, it had been estimated that about 1 percent could choose to close rather than spend the money to buy new equipment.

Critics of the EPA’s mandatory approach to reducing mercury levels say that the technologies to make huge cuts are not yet commercialized. Opponents have cited what they say would have been the expected financial toll: $170 billion and at least 183,000 full time jobs lost per year through 2020.

“The court rightly found that the agency’s failure to weigh the rule’s costs against its benefits was unreasonable,” says William Yeatman, a fellow at the Competitive Enterprise Institute.

“Elitist ideas usually carry lofty price tags,” adds Mike Duncan, chief executive of the coal group, ACCCE. “When EPA rewrites this regulation, we can only hope it uses real costs and benefit figures rather than those pulled out of its magic bag of tricks.”

Those same critics favor a voluntary method – one offered by the Bush administration and one it had enacted in 2006 – that uses a cap-and-trade system. They say that such a pliable process would have reduced mercury emissions by 70 percent by 2018. Southern Company, which has been spending $6 billion over 10 years to reduce mercury pollution, is one such utility that prefers flexibility.

EPA countered, however, that while the cost of carrying out the proposed rule would be nearly $10 billion a year, it said that the payback would be as much as $90 billion a year when all power plants are expected to be in compliance, or closed. That figure, however, also includes particulate matter and sulfur dioxide, which are not considered hazardous pollutants under the Clean Air Act and which cannot be used to add up the benefits of the proposed rule.

“Many of the retirement decisions have already been made, so I doubt too many companies will reverse course at this point,” says Bloomberg’s Barnett.

“That being said,” he adds, “I'm sure there will be a handful of coal plants that are able to extend their operating lives for a handful of years because of the court's ruling. I don't expect the ruling to have any sweeping impact on the overall industry trend.”

Ken Silverstein is Editor-in-Chief of Public Utilities Fortnightly. He can be reached at ksilverstein@fortnightly.com. Twitter: @Ken_Silverstein

Deck:
Majority said EPA didn’t adequately consider costs of proposal.
Byline:
Ken Silverstein
Intro Text:
On Monday, the Supreme Court released its 5-4 decision, which said EPA must take into account the cost of its regulations at the initial stage – the one where it determines that regulation of hazardous emissions from electric power plants would be “appropriate and necessary.”
Publishing Date:
Monday, June 29, 2015 - 00:00
Advertise Here