The decision to shut down Entergy’s Vermont Yankee (VY) merchant nuclear generation facility has generated a lot of attention since the announcement in late August. Three key factors contributed to this decision: 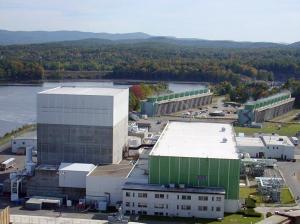 While it was a confluence of factors that contributed to the VY shutdown decision, a key driver was the very design of the Northeast wholesale power markets. These markets (both ISO New England and New York Independent System Operator), sometimes referred to as “competitive markets,” have evolved over time. While they have appeared to be a success, they warrant a close look in regards to the long-term sustainability of the resources in these markets.

Several major changes have evolved in recent years that were never contemplated in the original market design. Here are some examples: the shale gas boom and resulting lower gas prices, contributing to increased reliance on that fuel to produce electricity in the Northeast; rapid addition of renewable energy resources, especially wind generation; and the addition of a significant amount of demand side management resources. All of these resources belong in a diversified, long-term power supply portfolio but, when all put together rapidly, they are combining to challenge the balance, sustainability, and long-term viability of our competitive markets. As a result, now is the time to consider and implement appropriate market design changes with a view toward long-term sustainability, so that we don’t end up in a future faced with an energy cliff. 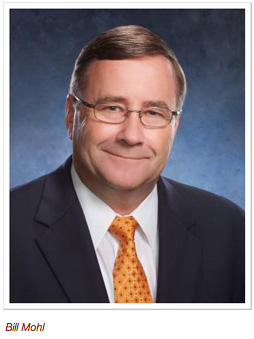 Layer on top of that the cost of new-build generation projects. The average new-build, all-in generation cost for these resources is approximately $120 per MWh for wind (levelized, including credit for production tax credits) and $90 per MWh for a natural gas combined-cycle gas turbine (levelized). This compares to forward market prices of approximately $50 per MWh for existing resources at present, taking into account revenues from all parts of the wholesale market (including capacity and energy, combined) across the next three to four years. Most new-build generation projects can’t be economically justified on the short-term price signals that we continue to see in the Northeast markets. Even the independent market monitors of New York’s and New England’s markets agree with this point.

It would be one thing if those market prices reflected true market fundamentals. They don’t. The prices in the energy and capacity markets are artificially lower than those of a true competitive market, as a result of a number of actions taken by grid operators and others – in the name of reliability – that weren’t priced into the market. The result is that short-term price signals are artificially low, making it very difficult for the existing fleet of generators to sustain operations and receive a fair return on the on-going capital investments needed for reliability, fuel diversity etc., let alone allow new projects to enter the markets.

And yet, some new projects have come on line in recent years. How is that? States are directing utilities to sign long-term contracts with new build generation resources to cover their costs. Moreover, in many cases, these new projects have the effect of lowering competitive energy market prices (when such units are allowed to offer their energy into competitive markets at a near zero price, therefore lowering the overall clearing price).

For example, in New England, the Massachusetts Department of Public Utilities approved a 15-year purchase power agreement between NSTAR Electric and Cape Wind Associates in 2012, which included a base price of $0.187 per kWh or $187 per MWh for an intermittent wind resource. By contrast, a new CCGT would range in price between $80 to $95 per MWh. What is the practical effect of adding these non-economic contracts into the region’s portfolio? They create a surplus of capacity, result in artificially low energy prices, and put an unfair squeeze on other competitors who are capable of supplying energy and capacity, but who aren’t eligible for a special deal. These out-of-market resources also result in higher costs to electricity customers, because the costs of these contracts end up being passed along through the local utility. And then, lower wholesale market prices, which obviously are much lower than the cost of new-build resources, further challenge the economic viability of an existing baseload resource such as Vermont Yankee.

In other words, new-build resources are provided as an exception to the capacity and energy market pricing structure for the Northeast ISOs, in order to obtain proper financing to support the project. One reason they can’t get financing without such long-term contracts is that the prices in the wholesale power market aren’t high enough to attract new investment. If market prices don’t attract investment, we won’t get new merchant generation, and we will have merchant units retire that wouldn’t have retired if the market prices weren’t artificially suppressed.

The problem is self-reinforcing so long as the prices available to existing resources in the Northeast markets end up not reflecting true competitive costs. Instead, capacity and energy prices are kept artificially low due to the various rules and regulations imposed by the ISOs. Then, when the existing generation resources are forced to retire due to the artificially low prices, the end-use consumer will be exposed to even higher prices in the long run, because additional out-of-market resources will have to be built to maintain the reliability of the grid: certainly not a sustainable approach and not what competitive markets were supposed to achieve.

Northeastern regional markets don’t consistently value the environmental benefits of respective resources. While renewable resources such as wind and solar certainly contribute to the carbon reduction goals recently endorsed by President Obama, and embraced in virtually all states of the Northeast, the simple truth is that those goals can’t be met without nuclear generation being a long-term resource in the region’s supply portfolio. The shutdown of Vermont Yankee will result in the addition of approximately 1.5 to 2 million tons of CO2 annually to the region, as its power is replaced primarily through fossil generation. Losing this source of power that produces no CO2 emissions will make it harder – and more expensive – for the Northeast markets to meet the tighter cap on CO2 emissions recently announced by the states as part of the Regional Greenhouse Gas Initiative.

While these various outcomes might not be evident in the short run, due to the current amount of excess capacity in the region and the lack of a national carbon policy, they could become significant problems over time. Capacity reserve margins will tighten as more merchant plants (even some relatively good ones) feel pressure to shut down. These longer-term effects, resulting from today’s artificially low prices, will be hidden in tomorrow’s higher electricity rates paid by consumers.

Market design flaws in the Northeast markets are evidenced in the short-term reactions by the ISOs in their attempts to address market problems, including the following:

1) Recent efforts by ISO-NE to assure adequate peak period supply by compensating dual-fueled, gas-fired generators to have fuel oil on hand for the upcoming winter season

2) ISO-NE’s position that the market rules always presumed that generators receiving capacity payments must have adequate gas supply to be able to provide service whenever called upon. The FERC didn’t agree with ISO-NE that generators who couldn’t get supply in real time weren’t complying with the rules. The fact is that the energy market doesn’t properly compensate generators for the cost of procuring adequate fuel supply.

3) ISO-NE’s efforts to impose penalties of $5,000/MWh on generators for circumstances outside of their control such as transmission outages. This also will result in lower price signals in the day-ahead market in anticipation of scarcity events, as all generators will bid in as price takers to ensure they are online during the scarcity event, so as to avoid the penalties

4) NYISO’s continued support for providing exemptions for new generation resources that would otherwise have to comply with minimum offer price rules.

Clearly, electricity markets in the Northeast have drifted off course, and increasingly are relying on a patchwork of short-term fixes and out-of-market arrangements. If nothing is done to remedy the situation, these markets are headed toward a cliff. What’s the solution? The Northeast ISOs and their state regulators should take a step back, and work with the FERC and stakeholders to reassess how to change their market designs to make them sustainable for the longer term. These markets are no longer really “competitive markets”; rather, they are “hybrid markets,” with some high-cost resources entering the markets in ways that look like traditional cost-based utility models, and making it nearly impossible for even good existing resources to compete. Private investors in a large generating asset base will find this market a poor place to invest their dollars. A healthy electric industry requires a healthy investment environment, which must meet the following long-term objectives:

Now is the time for a change in the design of the Northeast power markets to ensure long term sustainability. It’s imperative that the Northeast ISOs recognize this need to step back and reassess their overall market design. They need to work with FERC and other stakeholders to develop a market design that’s robust in the long run and results in a balanced, diversified portfolio.

The FERC technical conference on “Centralized Capacity Markets,” scheduled for Sept. 25, 2013, is a good place to start this discussion.

ABOUT THE AUTHOR: Bill Mohl is president of Entergy Wholesale Commodities.

Deck:
An argument for reform in Northeast markets.
Byline:
By Bill Mohl, Entergy
Subtitle:
An argument for reform in Northeast markets.
Intro Text:
A confluence of factors contributed to the Vermont Yankee shutdown decision, but a key driver was the very design of the Northeast power markets. Policymakers considering reform should take the long view, and ensure that price signals reflect market demands for energy, capacity, and resource diversity.
Publishing Date:
Thursday, September 19, 2013 (All day)
Advertise Here