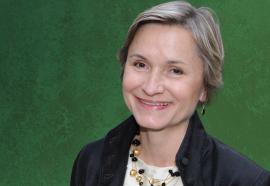 A Formula for Grid Modernization?

How is it going?

Ann McCabe is a commissioner at the Illinois Commerce Commission. The views expressed in this article are her own.

Five years have passed since Commonwealth Edison and Ameren Illinois elected to participate in the Energy Infrastructure Modernization Act, which authorized $3.2 billion in grid hardening and smart meter investments. As a commissioner at the Illinois Commerce Commission, I am often asked: How is it going?