ABB won an order worth around $40 million in the United States, from Public Service Electric & Gas (PSE&G) to supply gas insulated switchgear (GIS) to two substations and help strengthen grid reliability. The order was booked in the third quarter of 2015. Hillsdale substation in Bergen County is a 50-year-old air-insulated switchgear (AIS) facility that will be upgraded to protect the infrastructure and prevent power outages for residents during severe weather. 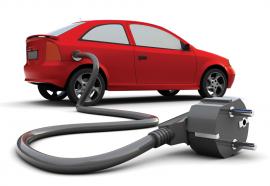 Can time-of-use rates drive the behavior of electric vehicle owners?

Time-of-use (TOU) pricing might seem like the ultimate solution to ensure electric vehicle charging loads won’t overburden the grid. But will TOU rates guide drivers’ behavior when it’s time to top up their batteries? Early indicators suggest the answer varies among vehicle owners and pricing plans.