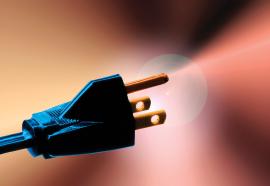 A decision-maker’s checklist provide a starting point—but not an end-point.

Recent predictions suggest that the U.S. electric industry will invest $300 billion in new transmission and distribution (T&D) facilities (including advanced meters) over the next decade, and $400 billion in new power plants over the next 25 years to meet forecasted demand growth. If we start now, we can build interoperability principles and capabilities into those investments and hasten the improvements in reliability, costs, innovation and value that interoperability can deliver.