We ask merchant grid developers if anything can ever be done.

We ask merchant grid developers if anything can ever be done.

The blackout of August 2003 should have come as no surprise. The Department of Energy's May 2002 National Transmission Grid Study finds growing evidence that the U.S. transmission system is in urgent need of modernization. 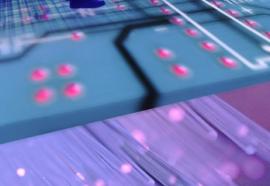 The Energy Tech Chronicles: Will Bust Turn to Boom?

Overcoming many obstacles, energy technology continues to have potential.

Year 2000 Readiness. On Jan. 11 the North American Electric Reliability Council (NERC) predicted a minimal effect on electric system operations from Y2K software problems. The Department of Energy, which had asked NERC to run the electric industry assessment, added that 98 percent of U.S.

TELCO UNIVERSAL SERVICE FUND. Reversing an appeals court, the Kansas Supreme Court upheld a decision by the Kansas Corporation Commission that had required wireless telecommunications carriers to contribute to the state's universal service fund. It also affirmed a KCC ruling setting the initial amount of the fund in a roundabout way based on equalizing inter- and intrastate long-distance rates.

The KCC order (issued Dec. 27, 1996) had slashed intrastate toll rates by $111 million over three years. It then cut access charges by an equal amount to offset the loss to toll carriers.

TWO RECENT shocks could turn up the pressure on Canada's two state electricity giants to deregulate.

After January's ice storm, about half Quebec's population went without heat or light for up to a month (em at the coldest time of the year. Almost one-quarter of the provincial economy was shut down. It was the continent's worst-ever blackout and Canada's worst natural disaster. It cost Quebec 1 percent of its flagging gross domestic product.