Southern Power’s first wind project, the 299-MW Kay Wind facility in Kay County, Oklahoma, is fully operational. The electricity and associated renewable energy credits (RECs) generated by the facility will be sold under 20-year PPAs with Westar Energy and Grand River Dam Authority (GRDA). Westar Energy has contracted for approximately 199 MW, and GRDA has contracted for approximately 100 MW. Both companies will have the option to either keep or sell the RECs.

Southern Company subsidiary Southern Power, acquired a controlling interest in the 200- MW Tranquillity Solar Facility in California from Recurrent Energy, a subsidiary of Canadian Solar Inc. Recurrent Energy is constructing the facility and will retain the remaining interest in the project. Construction began in July, with Signal Energy Constructors managing the engineering, procurement and construction of the facility. The project is expected to enter commercial operation in the fourth quarter of 2016.

Southern Company subsidiary Southern Power acquired the 103-MW Butler solar facility from Community Energy. The facility, located on approximately 1,070 acres in Taylor County, Georgia, is expected to enter commercial operation in the fourth quarter of 2016. Construction is slated to begin in September 2015, with First Solar managing the building, operations and maintenance of the facility.

Southern Company subsidiary Southern Power acquired two PV solar projects totaling 99 MW in Georgia - the 80-MW Decatur Parkway Solar Project and the 19-MW Decatur County Solar Project - from Tradewind Energy. The electricity and associated renewable energy credits (RECs) generated by the 80-MW facility will be sold under a 25-year PPA with Georgia Power. Construction of the 80-MW facility is currently scheduled to begin this month. Georgia Power will purchase the energy generated from the 19-MW project under a 20-year PPA.

Southern Company subsidiary Southern Power plans to develop a 131- MW PV solar project in Georgia. The electricity and associated renewable energy credits (RECs) will be sold to three Georgia electric membership corporations. Southern Power has selected First Solar to be the EPC contractor for the facility. Construction of the plant is scheduled to begin in September 2015, and the project is expected to achieve commercial operation in the fourth quarter of 2016. 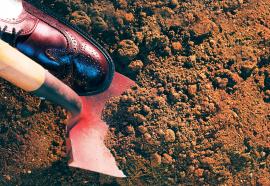