SunEdison partnered with Rosedale Union School District (RUSD) in Bakersfield, Calif. to install, monitor and manage 1.8 MW of solar at the district's nine schools. Solar shade canopies will be constructed in parking lots at the district's schools, taking advantage of underutilized space to produce solar energy and provide needed shade for parking. Project completion is scheduled by the end of the year. SunEdison will install, monitor and maintain the solar system at no additional expense to the district. 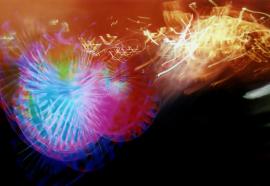 The court’s ruling in EPSA v. FERC assigns a retail/wholesale dichotomy to demand response, but is that distinction even meaningful?

Recurrent Energy won an award from Austin Energy for 150 MW of solar capacity in West Texas. The power will be delivered to Austin Energy pursuant to a 20-year PPA. The 150-MW solar facility will be completed in 2016 and will be Texas’ largest single solar power plant.

Dominion acquired two stand-alone solar energy developments in southwest Tennessee, currently in late stage development by Strata Solar of Chapel Hill, N.C. All power and environmental attributes from both projects will be purchased by the Tennessee Valley Authority (TVA) under their renewable standard offer program. Interconnection to the electric grid will take place through facilities owned and operated by Pickwick Electric Cooperative of Selmer, TN.

JinkoSolar Holding Co., Ltd. (JinkoSolar) will supply 35 MW of solar PV modules to Clenera, a clean energy finance and management firm, for the construction of the Avalon Solar Project. According to terms of the agreement, groundbreaking is expected to begin during the second quarter of 2014, with an anticipated completion date during the fourth quarter of 2014. Swinerton Renewable Energy will provide EPC services for the project. The power will be sold to Tucson Electric Power.

SunEdison interconnected a 20-MW AC solar plant in Kern County, California. The project, known as the Adobe Solar Facility, is owned by Southern Company subsidiary Southern Power and Turner Renewable Energy and is composed of 80,000 SunEdison Silvantis Solar PV modules. SunEdison was responsible for building the Adobe facility, and will provide asset management and 24/7 monitoring and maintenance services through its renewable operations center.