The Nevada Public Utilities Commission ruled that a federal installation’s decision to switch from an investor-owned utility (IOU) to a nonprofit cooperative for its electric service didn’t invoke a state law that requires the payment of an exit fee when a large-volume customer switches electric service providers. The commission said the federal missile test site had never been included within NV Energy’s territory. 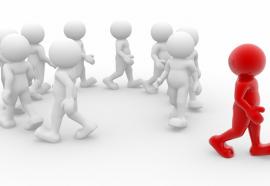 Will Boulder be the last city to go muni? Don’t bet on it.

When the goals of a utility and its host community aren’t in sync, breakups happen.