The U.S. Environmental Protection Agency (EPA) says that a typical sport fisherman working the Great Lakes would pay $4.58 for the privilege of catching a single walleye/pike, but would gladly fork over $7.99 to land a trout, or as much as $11.19 for a salmon. 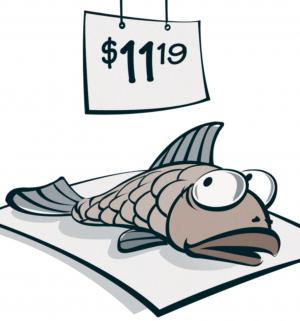 Sound fishy? Yet the EPA would rely heavily on these data, and other figures quite similar, to justify its proposed “Phase III” rule to regulate cooling water intake structures (CWIS) at small power plants and other similarly sized facilities, to preserve aquatic and marine life in the nation’s lakes, rivers, streams, bays, and estuaries.

The idea is to estimate the dollar benefits of reducing fish mortality through impingement (being pinned against screens or other parts of a cooling water intake structure) or entrainment (being drawn into cooling water systems and subjected to thermal, physical or chemical stresses) at cooling water intake structures. So the EPA has done more than just measure losses to the commercial fish harvest. It seeks to measure the value of unharvested fish. It seeks to calibrate the dollar value of the pleasure from fishing for fun, or at least for knowing that we could if we wanted: