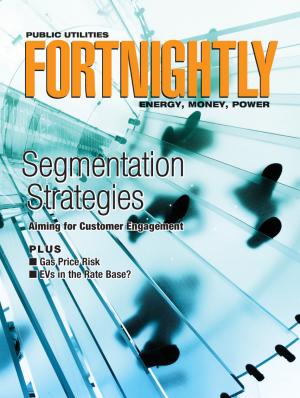 Great Plains Energy and Kansas City Power & Light chairman and CEO Michael J. Chesser will retire as CEO, effective May 31, 2012. Chesser will remain as a member of the board of directors and serve as its chairman. Terry Bassham, president and COO, will succeed Chesser as CEO. Bassham joined the company in 2005 as executive v.p. and CFO.

Pricelock named electric utility executive Scott D. Wilson to its advisory board. Previously, Wilson was the CFO of El Paso Electric from 2005 to 2009 and also served as executive v.p. and chief administrative officer from 2006 to 2009.

Balch & Bingham named James H. Miller III of counsel. Miller was an attorney at the firm from 1979 to 1994, and most recently served as chairman, president and CEO of Southern Nuclear Operating Co.

Puget Sound Energy elected Phil Bussey to the newly created position of senior v.p. and chief customer officer. Bussey was president and CEO of the Seattle Metropolitan Chamber of Commerce, and before that was PSE’s senior v.p. of corporate affairs.

ITC Holdings named Rejji P. Hayes as treasurer and v.p. of finance. Hayes most recently served as assistant treasurer and director of corporate finance and financial strategy at Exelon.

Boards of Directors: DTE Energy named Charles G. “Chip” McClure to its board of directors. McClure is chairman, president and CEO of Meritor Inc.