Hudson Transmission Partners completed the 660-MW Hudson transmission project, which connects New Jersey to Manhattan with a cable beneath the Hudson River.

Williams Partners completed construction and brought into service a major expansion of Transco, a 10,200-mile pipeline system that transports natural gas throughout the northeastern and southeastern United States. The Mid-South Expansion project provides service to power generators in North Carolina and Alabama as well as a local distribution company in Georgia. The company placed into service the first phase of the expansion (95,000 dekatherms per day) in the fall of 2012, and now has commissioned the second phase (130,000 dekatherms/day). The expansion project consists of approximately 23 miles of new pipeline, a new compressor facility in Dallas County, Ala., and upgrades to existing compressor facilities in Alabama, Georgia, South Carolina, and North Carolina.

Hudson Transmission Partners completed testing its underground and underwater, 660-MW electric transmission project between Ridgefield, N.J., and Manhattan, and has begun delivering power to customers in New York City. The Hudson transmission project route has a total length of about 7.5 miles, with a cable bundle buried under the Hudson River for about 3.5 miles and buried underground for approximately four miles, starting in Ridgefield. The line connects to the Con Edison system at the West 49th Street substation in Manhattan and is capable of providing about 5 percent of New York City’s peak demand. The project began construction in May 2011 at a cost of approximately $850 million and was completed six weeks ahead of schedule.

Constitution Pipeline, a limited liability company owned by subsidiaries of Williams Partners, Cabot Oil & Gas, Piedmont Natural Gas, and WGP Holdings, filed an application with the Federal Energy Regulatory Commission (FERC) seeking approval to construct a 122-mile pipeline connecting the Marcellus natural gas supply in northeastern Pennsylvania with northeastern markets by spring 2015. The pipeline was designed to transport up to 650,000 dekatherms of gas per day from Williams Partners’ gathering system in Susquehanna County, Pa., to the Iroquois Gas Transmission and Tennessee Gas Pipeline systems in Schoharie County, N.Y. Capital costs are expected to reach $683 million. Williams Partners owns a 41 percent share of Constitution Pipeline and, through its affiliates, will provide construction, operation, and maintenance services.

GE and the Kotzebue Electric Association (KEA), an electric cooperative serving the remote city of Kotzebue and other rural areas of Alaska, have launched a joint project to increase the energy efficiency of several diesel engines powering the coop’s microgrid-scale systems. For the initiative, GE will provide its Clean Cycle heat-recovery system to capture exhaust heat and produce electricity. The combined-cycle upgrade is expected to save Kotzebue more than 46,000 gallons of diesel fuel per year and reduce its energy costs. The unit is scheduled to begin operating in the fourth quarter of 2013.

Siemens installed a Sitras SES supercapacitor energy storage unit on the new TriMet Portland-Milwaukie light rail transit line. The southeast Portland Tacoma substation location will host what Siemens says is the first rail-based regenerative braking storage system in the United States. Electricity stored in the system can be used for either energy savings or voltage stabilization during peak demand times. In energy savings mode, the unit stores energy generated by braking rail vehicles and retains it in a capacitor bank until the system can feed it back to the power supply during vehicle acceleration. As a voltage stabilizer, energy is discharged when system voltage falls below a specified limit. The Portland-Milwaukie Light Rail Transit Project is set to open in 2015 and will expand to 60 miles and 97 stations.

EnerDel commissioned a 5-MW energy storage system (ESS) used for Portland General Electric’s (PGE) Salem Smart Power project, part of the Pacific Northwest smart grid demonstration. The ESS is comprised of five large breakers that bring power in and out of the building, allowing inverters to convert electricity from alternating current (AC) to direct current (DC) during the charging cycle. The DC electricity is stored in lithium-ion batteries, to be used during peak demand periods or as back-up power during a utility outage. The same power system and inverters convert the clean DC to AC as the grid demands. PGE expects the project to be operational for at least 10 years. 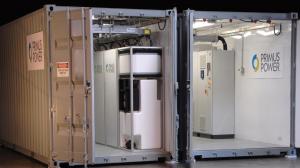 Primus Power partnered with the Bonneville Power Administration (BPA) to deliver and support two 250-kW EnergyPods as part of a research and demonstration project under BPA’s technology innovation program. BPA is funding roughly one-third of the total project with shared funding from Puget Sound Energy (PSE), the Energy Storage Program of the U.S. Department of Energy (DOE), and Primus. The consortium is studying the potential installation of grid-scale flow batteries in the PSE electric distribution network. DOE’s Pacific Northwest National Laboratory (PNNL) will develop models of the storage systems to assess their energy and economic benefits and make recommendations on where they should be placed. After the systems are installed, the PNNL team also will help evaluate their actual performance.

The Illinois House of Representatives voted to overturn Governor Pat Quinn’s veto of Senate Bill 9, which accelerates investments by Ameren Illinois and ComEd to improve the electric grid. The action clears the way for Ameren Illinois to continue its modernization action plan, which aims to invest $640 million over a 10-year period to improve the reliability and performance of its electric delivery infrastructure. Similarly, ComEd expects to begin installing smart meters to customers in September 2013, with its rollout continuing through 2021.

The Mohegan Tribal Utility Authority selected Tantalus as the exclusive smart grid communications provider for the Mohegan Sun hotel and casino. Mohegan will use Tantalus Utility Network for automated metering and administration with the ability to incorporate future advanced energy management applications. 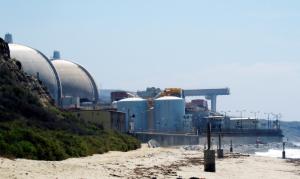 The development consortium consisting of SolarReserve, the Kensani Group, and Intikon Energy, closed $260 million in project financing for the Jasper Solar Energy Project, a 96-MW PV project near Kimberly, in the Northern Cape, South Africa. Google also invested equity in the project. The facility will sell its output to Eskom under a 20-year agreement. 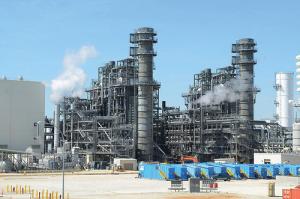 ECC Renewables (ECC) is one of five contractors selected for $7 billion in geothermal energy projects by the U.S. Army Corps of Engineers, Engineering and Support Center, in Huntsville, Ala. Under the 10-year contract, ECC will compete for contracts to develop, construct, finance, own, and operate geothermal energy projects on Department of Defense installations throughout the United States under long-term power purchase agreements, using private sector financing.

Southern California Edison (SCE) permanently retired Units 2 and 3 of its San Onofre Nuclear Generating Station (SONGS). Both SONGS units were shut down in January 2012. Unit 2 was taken out of service Jan. 9, 2012, for a planned routine outage. Unit 3 was taken offline January 31, 2012, after station operators detected a small leak in a tube inside a steam generator manufactured by Mitsubishi Heavy Industries.

Cupertino Electric completed two solar generation projects in Huron, Calif., totaling 30 MW. The 20-MW and 10-MW projects were engineered and built for Pacific Gas and Electric (PG&E), and are the fourth and fifth in a series that Cupertino Electric designed and built for PG&E since 2011 under the utility’s clean energy initiative. Construction at the two sites began in late 2012 and finished in May 2013.

China’s Sinohydro Resources contracted Toshiba Hydro Power to supply three 80-MW hydroelectric turbines and generators for the Nam Ou 5 hydro plant on the River Nam Ou in Laos. Toshiba will design and manufacture the turbines and generators and start delivery in January 2014. The first unit is expected to enter operation in December 2015. Following on from Nam Ngum 2 and Nam Ngiep 2, this is Toshiba’s third major order for a hydro plant in Laos.

Washington Gas Energy Systems signed a contract with Rio Rancho Public Schools, Amsolar, and Conergy to build, own, and operate two 1,215-kW solar arrays at Cleveland and Rio Rancho High Schools in New Mexico. Washington Gas Energy Systems will own and operate the arrays under a 20-year agreement. The project was developed by Amsolar and will be built by Conergy, which is also supplying the equipment for both schools. Each solar installation will feature 2.9 miles of Conergy ground-mounted systems. When completed, the arrays are expected to produce 80 percent of the electricity required to power Cleveland and Rio Rancho High Schools. The project is under construction and expected to be completed this summer.

EDF Group selected the InStep Software Prism system for real-time asset monitoring of 58 nuclear units at 19 sites in France. The software will be used to identify and alert personnel of subtle changes in equipment behavior to provide early indication and diagnosis of asset health and performance problems. It also will help enable more targeted maintenance work to reduce operation and maintenance costs. EDF already uses Prism to centrally monitor its hydro and other fossil-fuel facilities.

APR Energy announced a 200-MW expansion of its original 250-MW contract to supply mobile gas turbine generating systems in Libya. The systems will help cover anticipated power demand during the summer high heat season, as well as provide interim power while the country continues to rebuild and improve its infrastructure.

Duke Energy’s Edwardsport Generating Station, a 618-MW integrated coal gasification combined-cycle (IGCC) plant located in Knox County, Ind., began commercial operation after several months of delay and years of rising construction costs. Duke completed the necessary steps to declare Edwardsport commercial on June 7. This is the first time the IGCC technology has been used on this scale, so the plant is expected to build up to its long-term level of availability over the next 15 months.

Siemens completed the Hemweg 9 and Diemen 34 combined-cycle power plants in the Netherlands for the Dutch utility Nuon, which is owned by Vattenfall. Siemens built the two 440-MW power plants under turnkey contracts. The company says the plants are capable of operating with an efficiency of almost 60 percent. As part of the turnkey contracts, Siemens supplied each plant with an SGT5-4000F gas turbine, an SST5-5000 steam turbine, a hydrogen-cooled SGen5-2000H generator, complete electrical equipment, and an SPPA-T3000 instrumentation and controls system.

ABB appointed Ulrich Spiesshofer as CEO of its discrete automation and motion (DM) division. He succeeds Joe Hogan, who will continue with ABB for some months as senior advisor to the board. Spiesshofer joined ABB’s executive committee in 2005 and was named responsible for ABB’s DM division in 2009.