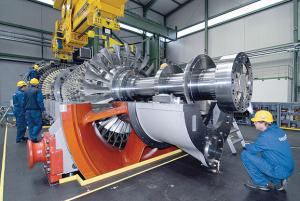 Ameren Transmission Co. of Illinois (ATXI) received approval from the Illinois Commerce Commission (ICC) to build the majority of its 400-mile, $1.1 billion, Illinois Rivers transmission project. The project consists of a new 345-kV transmission line crossing the Mississippi River near Quincy, Ill., and continuing east across Illinois to the Indiana border. ATXI expects to begin acquiring rights-of-way for the approved portions of the project immediately, with construction proceeding in 2014.

The Midcontinent Independent System Operator (MISO) became one of the first grid operators to use new synchrophasor technology in its real-time system operations for grid monitoring and analysis. Synchrophasor technologies use phasor measurement units, or PMUs, to collect data from more than 344 installed devices, 30 times per second, compared to traditional technology, which records measurements every four seconds. The data is GPS time-stamped, enabling measurements from different locations to be time-synchronized and combined to create a detailed, comprehensive, wide-area assessment of system conditions. With the data MISO can better detect, diagnose, and prevent system disruptions, in effect, creating a smarter grid. 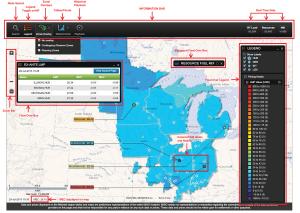 Xcel Energy plans to spend $108.9 million on high-voltage transmission line projects to boost reliability and capacity to serve growing demand in the eastern and northeastern Texas Panhandle. These and other transmission enhancement projects across the region were identified as necessary improvements in a 2010 study by the Southwest Power Pool (SPP). By 2015, the company expects to spend more than $2 billion upgrading generation, transmission, and distribution facilities in the area.

NRG Energy closed on its acquisition of the Gregory cogeneration plant in Corpus Christi, Texas. NRG paid about $244 million in cash for the plant, excluding working capital adjustments. The cogeneration plant provides steam, processed water, and a small percentage of its electrical generation to the Corpus Christi Sherwin Alumina plant, leaving the majority of the base-load generation available for sale in ERCOT. The current operator, DPS Gregory, will continue to operate the plant until NRG operators take over. NRG acquired the plant from a consortium of Atlantic Power, John Hancock Life Insurance, and Rockland Capital.

Three commercial nuclear power plants operated by the Constellation Energy Nuclear Group (CENG) are expected to be operationally integrated into the Exelon Generation nuclear fleet over the next nine months. The plants include the R.E. Ginna plant in Ontario, N.Y., Nine Mile Point station in Scriba, N.Y., and the Calvert Cliffs plant in Lusby, Md. Under the terms of the agreement, the CENG plant operating licenses will be transferred to Exelon; Exelon will integrate the CENG fleet into its management organization; Exelon will lend $400 million to CENG to support a special dividend to Électricité de France (EdF); and EdF will retain an option to sell its CENG stake to Exelon at fair market value between 2016 and 2022. CENG will remain a legal entity governed by a board of directors comprising five EdF and five Exelon board members. Exelon will continue to own 50.01 percent of CENG, and EdF 49.99 percent. The companies filed an application with NRC to transfer the operating licenses from CENG to Exelon. Review and approval is expected to take six to nine months. 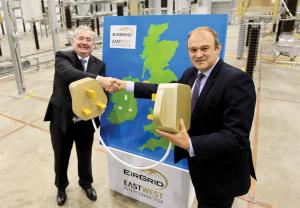 Mainstream Renewable Power closed a deal to sell its 7.65-MW Carrickeeny wind farm to IKEA Ireland. The project, located in Leitrim in the northwestern part of Ireland, is now under construction. Startup is expected in early 2014, at which point IKEA will purchase the plant. As part of the deal Mainstream will continue operating and maintaining the wind farm on behalf of IKEA for its 20-year lifespan. The acquisition will increase to 137 the total number of wind turbines that the IKEA Group has committed to owning and operating. 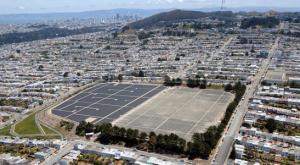 Panda Power Funds also plans to build, own, and operate an 859-MW combined-cycle power plant in Brandywine, Md. Panda says the Mattawoman plant will be a zero-liquid-discharge plant, returning no waste water to a treatment facility, subsequently preventing discharge into the Chesapeake Bay. Construction will take approximately 30 months from the completion of financing, regulatory approvals, and other conditions.

Calpine began commercial operations at its Russell City and Los Esteros Critical Energy gas-fired combined-cycle power plants, both located in the San Francisco Bay area. Pacific Gas and Electric (PG&E) is expected to purchase the plants’ 900 MW-output under 10-year agreements, and also will supply their fuel.

The National Nuclear Security Administration (NNSA) broke ground on construction of the Pantex wind farm. NNSA awarded a contract to Siemens Government Technologies to build and operate the facility, which will consist of five 2.3 MW turbines located on 1,500 acres of government-owned property east of the Pantex plant. Siemens will provide a turnkey wind system with a five-year service, maintenance, and warranty agreement, and with operating and maintenance options from years six through 10. Siemens will provide an energy savings contract and an annual energy production guarantee. Construction is expected to be completed by the summer of 2014.

Siemens Energy received an order from Portland General Electric to supply and install 116 wind turbines. The 2.3-MW, 108-meter turbines are to be installed at the Tucannon River wind farm in Washington state. Siemens is responsible to service the turbines for five years. The Tucannon River wind farm, formerly known as Lower Snake River Phase II, is adjacent to the Lower Snake River Phase I
project, a 343-MW wind facility completed in 2012, also using Siemens wind turbines. The new project is expected to come online in 2015.

REC developed, built, and sold four solar power installations with a total capacity of 7.87 MW on the island of Sardinia. The four ground-mounted plants – in Villacidro (4,986 kW), Pischedda (996.4 kW), Ulmos (901.6 kW), and Lula (990 kW) – were sold to IKAV Global Energy of Luxembourg. The projects include approximately 31,000 REC solar panels, covering about 40 acres of land.

Xcel Energy plans to expand its wind generation. The company submitted to state regulators proposals to purchase at least 1,500 MW of wind resources, a 30 percent increase in overall wind capacity. Xcel is seeking approval of the following projects: three 200-MW projects in Minnesota and North Dakota; three projects totaling almost 700 MW in New Mexico, Oklahoma, and Texas; and one project totaling approximately 200 MW in Colorado. Once approved, construction will begin immediately in order to qualify for federal tax credits. All projects are scheduled to be in service by the beginning of 2016.