Who Are You Guys?

I see their ads in Public Utilities Fortnightly. But what do they do exactly? Hey, I'm Editor-in-Chief. So, I asked. Who are you guys? What do you actually do? 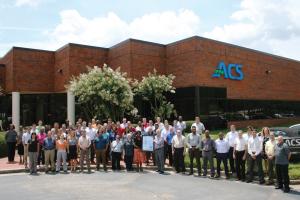 This month I asked ACS, Advanced Control Systems, a high-tech company based in Atlanta, Georgia.

It was April 1975. Bill Gates and Paul Allen incorporated Micro-Soft, Inc. In South Vietnam, U.S. personnel evacuated, and Saigon surrendered to the North. And ACS was founded in a Georgia garage. The initial idea was to build microprocessor-based remote terminal units, RTUs.

By the late seventies, ACS was building and installing microprocessor-based RTUs for small distribution systems, generally rural electric cooperatives and public power companies. The company then moved into real-time control systems for medium and large distribution systems in the early eighties. And in the early nineties, they transitioned to an open platform for their SCADA, delivering the first UNIX-based open architecture SCADA system. 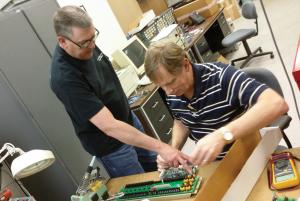 Not an engineer? SCADA is the euphonious acronym for supervisory control and data acquisition.

We first talked with Gary Ockwell, the chief technology officer for ACS.

PUF's Steve Mitnick: What were you doing at the dawn of computerization? 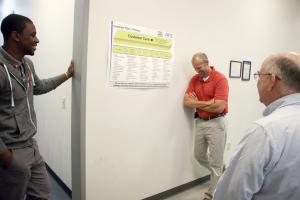 Ockwell: I started with Saskatchewan Power, now SaskPower, in the early seventies. We had a PDP-8 computer (the first commercially-successful minicomputer, introduced by Digital Equipment Corporation in March 1965). The serial number of our PDP-8 was number 4.

Then we got a PDP-11 (the most successful mini-computer ever, introduced by DEC in January 1970). At the control center, I had to program this computer for control center operations. There were no vendors doing that. There was no training, no nothing.

Ockwell: The RTUs are the equipment in the field. Think of them as the fingers of the hands of a computer system. The system, which we call SCADA, is the brain. With the RTUs, it is performing functions in the field with very long reach. 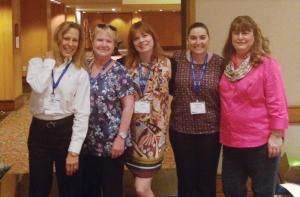 PUF's Steve Mitnick: You joined ACS in 1995. How did it make the big time?

Ockwell: In the late nineties, we were a SCADA and RTU company. A job with Taiwan Power went out for bid. We went against all the big boys at that time. Our bid won and we delivered in 2001.

It was the first 'smart grid' project. The term didn't exist then. But it had full automation and optimal switching applications. Taiwan Power really was an early adaptor.

PUF's Steve Mitnick: I still don't get it. What makes a distribution system not smart and what makes it smart?

Ockwell: Three things. The first characteristic is automation. Traditionally, we were relying on manual intervention. Now it's closed loop. The distribution system itself responds to a problem. If there's a voltage violation, for example, the system heals itself based on current conditions.

The second characteristic is optimization. A suite of software applications running in real-time moves the state of the network to a more optimal state based on the utility's objectives, for example, to reduce losses. Or to reduce voltage conservation, etc.

The third characteristic is analysis. The operator on the fly wants to be able to analyze ad hoc. What happens if I close this switch? What are the consequences of something happening? It could be a stability question. A loading question. Reliability.

PUF's Steve Mitnick: So the control system operator gets some superpowers?

Ockwell: But you cannot run a load flow and throw a hundred thousand numbers at the operator.

Visualization, situational awareness, that's where it's at. We're talking about a control system operator. We're not talking about an engineer who has all day to study the problem. It's the guy under pressure operating the system.

If we don't present the data in a way that the operator can comprehend what is happening, then we're doomed to failure. We have to make it easy to operate and maintain the grid.

PUF's Steve Mitnick: Is it becoming easier to smarten the grid?

The guy in the truck doesn't even have a nice chair to sit in, in a comfortable room. He or she is focusing on the weather and has to be able to make decisions, possible now with mobile technology.

Ockwell: It's incorrect to imply that all these engineers working all these years produced something that was dumb. They made a lot of investments and did a good job building what they were building.

The grid isn't dumb. The problem is we have these pockets of intelligence. Nobody was bringing it all together.

In North America, it's such a large system (with an extensive asset base). We're still in the process of the roll-out. It's going to take time.

PUF's Steve Mitnick: Are we twenty-five percent smart now, or eighty percent smart? Is it going to take ten years to get where we want to be or three years?

Ockwell: Just because something sounds smart doesn't mean it is smart. For example, I can install a self-healing optimization function with a peer-to-peer system. A lot of organizations did exactly that.

The systems made assumptions as to what the standard state of the network was. If a change happened that took you away from that state, the systems would respond in a scripted fashion. Although that sounds pretty smart, and you could call it self-healing, it's not what I would call the smart grid.

PUF's Steve Mitnick: Do we ever get there? Or is it a continual process where you're always getting better? We're not going to get to a smart grid in three and a half years, are we?

Ockwell: Technology evolves and continues to drive change. So many devices out there are becoming obsolete. Those assets are being replaced with more intelligent devices, so the grid is becoming smarter all the time.

How do I utilize the existing assets to accomplish this? I don't have the time nor the budget to replace everything, with everything else that's going on, and coordinate it.

Then we talked with Kevin Sullivan, the chief executive officer of ACS. He just finished his first year heading the company.

PUF's Steve Mitnick: How did you come to ACS?

Sullivan: I've been in control systems for over thirty years. I started with Siemens building control systems to automate power plants. And then moved into the transmission and distribution business leading a group of over five hundred engineers in Minneapolis that delivered energy management systems.

At this time ACS was very well known as a pioneer in distribution management systems. They also had a strong reputation for the original design of the RTUs, with a large installed base of RTUs worldwide.

PUF's Steve Mitnick: So it was no real leap?

Sullivan: Having spent some time in energy consulting, I gained a better understanding of what utilities need to be successful. It was an easy leap to join ACS and leverage this knowledge to actually deliver solutions to the industry.

PUF's Steve Mitnick: How you do so much with such a small group compared with these giant companies in the vendor community?

Sullivan: We have around a hundred and fifty employees, about fifteen in our Taiwan office and the rest in the U.S.

ACS is a small company but very focused and very agile.

We don't have a hardware-driven operation. We do have an assembly capability because of the RTUs. All the software that we deliver in the form of control systems sits on an off-the-shelf product.

We develop our solutions in-house with a strong research and development team and agile processes. Our focus is to bring the next generation of real-time solutions to the utility market.

We outsource all our manufacturing of the PC boards themselves and the controllers, and don't do board assembly. We build and test prototypes in our factory. And after testing, we do production of the RTUs in our factory.

But the components are all sourced to factories in Georgia, around Atlanta. They have our designs. We leverage their scale, and get high quality at a low price.

Our assembly group is very small. One area is where we do all the testing, with all the monitors sitting in rows and rows. With different customers testing the software with us. And then there's an assembly area.

PUF's Steve Mitnick: What's it like being chief executive of ACS?

Sullivan: We have a strong leadership team and do our own research and development which takes on the initiative from our chief technology officer to provide the industry's best solutions. Our CTO looks forward to the future and helps us decide what we should develop. The rest of our operations are around sales, marketing, delivery and support.

We're a flat organization with amazing, empowered employees embracing a culture of change. We're trusted by our customers as the go-to real-time energy management solution provider of the highest quality innovative products. It's exciting to exchange best practices in optimizing the grid, knowing the future's so bright. And we're looking forward to our thirty-eighth customer conference in Atlanta this month.

The grid is apparently getting smarter, with the help of ACS and others. As for us, to get smarter, we're dependent on Sudoku and PUF.