We talked with Stan Garnett, former senior exec of two utilities, the day after the United Kingdom voted to leave the European Union.

Stan Garnett is presently with CFSD Group, LLC, which provides utilities with syndication advice and transaction structuring in securing debt funding from local and regional banking institutions. Previously, he was executive vice president of Florida Progress Corporation, and before that, senior vice president and chief financial officer at Allegheny Power System.

PUF's Steve Mitnick: Is the vote yesterday for the Brexit a concern to your clients? 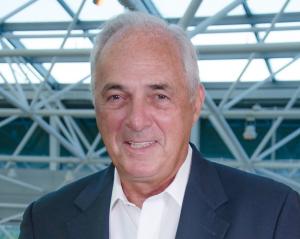 Stan Garnett: Yes. I can't comment about specific clients. Because that would involve our confidentiality. But it affects clients in a variety of ways.

Firstly, there's the potential impact on the European Community. With the myriad of things that could follow, including other countries departing.

Dislocation of trade, and all of that, is the type of economic condition that tends to roil markets.

Several weeks ago, Janet Yellen [Federal Reserve System board chair] referred to the possibility of Brexit as being something that the Federal Reserve considered, in not moving interest rates up at this time.

Since then, about two weeks ago, it looked like the option to remain in the European Community would win. That steadily changed. Yesterday it looked like it would be a dead heat. Then, when all of the votes were counted, Leave won by four percentage points. This was quite a surprise.

I thought that the Brexit vote would neatly frame a rather historic episode in the utility industry worldwide.

Go back to the 1980s. The London Interbank Offered Rate (commonly known as Libor) became the principle metric used worldwide in setting rates of interest, impacting literally trillions of dollars every day. That was such an extraordinary period of time.