A Day (Two Actually) at the California PUC 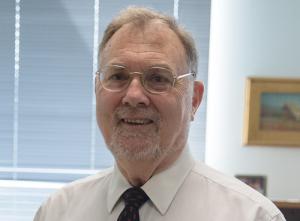 PUF's Steve Mitnick: Tell me about your job at the commission.

Timothy Sullivan: As executive director, my job is to ensure that the commission fulfills its mission of protecting consumers, safeguarding the environment, and assuring Californians' access to safe and reliable utility infrastructure and services at reasonable rates.

My responsibility is to provide staff with the support and leadership that enables them to provide value to Californians for the authority and resources given to us.

Fulfilling this mission requires that the executive director lead organizational change and shape a bureaucracy that can learn to do things it has never done before.

We've been located in San Francisco ever since. If you're a hundred-year old organization, you have to reinvent yourself every ten years or so. We have done that many times, and I think we're in the midst of a big reinvention now.

For the infrastructure and issues that are entrusted to us, we basically do four things.

We provide access to a modern infrastructure for our low-income and rural customers. We give away close to a billion dollars in lifeline subsidies to low-income Californians for communications. We also provide support for high-cost rural telephony and administer a grant program to assist the buildout of broadband in rural areas.

We provide another billion dollars of support to low-income customers though our electric rate structure, which provides discounts of about thirty percent for those enrolled in our CARE program. We collect and distribute another two hundred sixty million that provides a twenty percent discount to CARE gas customers. We provide two hundred sixty million in gas conservation programs for low-income customers.

Our safety mission is also core to our work. The only legacy of our original railroad mission is the authority we have to promote rail safety. We inspect freight rail systems and rail crossings.

We also inspect municipal rail systems, which are expanding rapidly in both Northern and Southern California. We have a hundred employees performing these safety functions.

We've been expanding our gas pipeline group safety group. We've been working hard to increase our performance and the quality of our work. Our Pipeline and Hazardous Material Safety Administration safety ratings have gone up.

We received authority last year to grow our safety group that checks poles and wires. Our safety program divides the wire infrastructure into districts, and then our inspectors sample, audit, and inspect conditions in the field. For example, they check to see that the work recorded in the different district files has been done in the field.

Safety is a major part of our responsibilities. These safety issues have become more important because of the rupture of the gas storage facility at Aliso Canyon and the pipeline explosion in San Bruno. This year, both Northern and Southern California experienced devastating wildfires.

Although the state is still investigating the cause of these wildfires, our historic experience is that wire and conductor failures can contribute to wildfires. Currently, more people work on safety issues than on any other part of our mission.

In addition, the commission continues to regulate water, energy, and small communications carriers via traditional general rate cases. It has gained a central role in promoting renewable energy, the electrification of transport and the reduction of greenhouse gases.

PUF: The California Commission has the largest staff in the United states. Is it growing in size?

We've made proposals to increase our safety inspections and enforcements. We've had legislative and gubernatorial support for that. Some of that effort was in advance of those fires that we've had recently.

I think that our work will be subject to public and legislative scrutiny, and there'll be a question of whether or not we have the right amount of resources to fulfill this vital mission. Historically, we had enough people on the wires program to inspect once every ten years. We made a proposal last year to increase our inspection frequency to once every five years. This proposal gained gubernatorial and legislative approval.

Our environmental mission has also expanded and requires more employees and resources.

More recently, California has asked us to play a part in building an electrical vehicle infrastructure throughout the state, and that's a new area for the commission where we are scrambling to develop expertise.

Our work is part of a state program that requires coordination across multiple agencies. This has involved much new work to build cooperative relationships with partner agencies and to integrate their expertise into our decisions.

Safety has also required similar multilateral relationships. We now work very closely with Cal Fire, the first responders who do the investigation of any fire. Cal Fire is assisting us in developing vegetation maps that we can use to identify risks. We're now tracking where infrastructure is, and where it impacts wildlands.

In summary, the safety and environmental missions are expanding and the nature of our work in these areas in growing in complexity. This is why we're growing.

PUF: How are the people doing line inspections trained and qualified?

PUF: It sounds like you have a lot going on during your average day.

Timothy Sullivan: Yes, we do. I think we're very lucky at this point. We have a very strong group of commissioners with a very strong comprehension of energy, water, communications and transportation policy. In the past, the energy policy has gotten most of the spotlight.

These commissioners, however, have not only focused on energy policy, but they are deeply involved with water, transportation, safety, and communications. In addition, they closely monitor operations and performance. Each month, senior management presents a report on how the commission is performing against strategic targets adopted by the commission.

My job is to assist employees in keeping attention on all four parts of our mission. The access, the environment, the safety, and prices and services. In addition, this mission requires support from our administrative staff. If we do not succeed in our operating mission, California will not have confidence in our ability to design and implement new policies.

At this point, the big problems we have are dealing with this growth, attracting employees, training new employees, and supporting their work with IT and contracting services.

PUF: How do you attract good people here?

Timothy Sullivan: Probably the strongest thing we have going for us is mission. We attract people who want to be part of the solution to the challenges we face. Our engineers want to be part of safety. Our workers are committed to reducing greenhouse gases. Our administrative workers want to help the commission serve California.

We managed to get support from the legislature and the governor to increase our salaries, so we've had a recent increase in salaries for our regulatory analysts and for our rail safety inspectors.

Recently, we've gotten former employees of the U.S. Department of Energy and the U.S. EPA, people who are very concerned and committed to environmental protection who felt that the federal government was moving away from that mission.

We attract people because they want to make a difference in the life of the nation.

PUF: One thing I've heard about from the other commissions is the issue of an aging workforce. A lot of the key people are in their fifties or sixties. They're going to be leaving in five years or so, and there will be a lot of turnover.

Timothy Sullivan: We do have a high turnover. Our turnover rate is about four times what it is for most state agencies. We're up to about ten or eleven percent. It's been dropping a little this year because of the wage increases we have received.

Sixty percent of our employees are eligible for retirement right now.

I've been executive director for three years. In the last year, we have hired two hundred people from outside the agency. We still need to hire another two hundred to fill current vacancies. We are both growing and renewing ourselves. We are meeting this challenge. Today, our vacancy rate is comparable to the California Energy Commission and the California Air Resources Board, which compete for the same professionals as we do.

The big challenges we face are what you'd expect, integrating new people into our organization, finding space. We're expanding our footprint in Sacramento. We have our headquarters in in San Francisco and we have an office in L.A. We'll probably be stepping up our search for space along with our search for people.

PUF: How did your career lead you to this position?

Timothy Sullivan: I've been in this organization for thirty years. I've had a large variety of roles. Probably my longest assignment was as an administrative law judge. I was assistant chief judge and law judge and then interim chief judge.

I have always been interested in public service. I trained at Harvard's Kennedy School of Government and have a family tradition of public service. My immigrant grandfathers were firefighters in New York City and my father worked as a policeman.

When the former president of the commission and the previous executive director resigned, I offered my services to President Michael Picker, and he appointed me as interim executive director. We worked together to reengage with Sacramento and with the consumers we serve and then to rebuild the organization.

After a successful first year, he asked me to stay on.

PUF: What are the most fun things, and the toughest things, about being executive director?

The toughest thing technically has been to rebuild a lot of our core processes, such as hiring and contracting. During the period of heightened external scrutiny, there were a number of audits of our work that showed areas where we needed to improve. We're making steps to rebuild these processes and make our practices conform with state policies.

We've been doing a lot of work on that. There's no easy solution. It takes more time to do things than you'd like. That's part of the state norms. It's the system we're in, so we just have to make it work.

PUF: Will the commission be any different, say three to five years from now? What's the major aspiration?

Timothy Sullivan: We'd like to be one of the top safety organizations in the country. I also think that we'll probably have a major role with the Air Resources Board and the California Energy Commission in reducing carbon in the California economy. I think that will mean some combination of housing standards, appliance standards, and moves towards zero-emission vehicles.

Our workers will be dispersed more throughout the state. Because of the renewed focus on safety inspections, we're going to have to move our people to where the infrastructure is. Most of the infrastructure is in southern California, where the people are, and near our borders, as we bring power, gas, and rail into California. We'll probably increase our footprint in both Southern California and the more remote regions of the state.

I also think we will have a larger Sacramento presence to coordinate better with our sister agencies. We have a new office right in downtown Sacramento.

PUF: Is there a lesson learned here at the California Commission that the other commissions could look at?

Timothy Sullivan: I'm going to sound old-fashioned, but I think what you have to do is keep your focus on operations. You can't just go after new policies.

You have to build this core which holds all this stuff together. If you don't spend your time on that, you're going to go from topic to topic and you won't get things done.