Well before he began leading Public Utilities Fortnightly, in the years 2002 through 2005, Steve Mitnick was the CEO of the New York-based transmission development company, Conjunction LLC, founded in collaboration with three utilities. The Empire Connection project attempted to build a 500-kV DC underground cable from upstate New York to New York City mainly along a state right-of-way. Despite broad environmental, community and financial support, and regulatory approvals, the lack of support by the state’s governor ultimately brought the project to a halt.

It began snowing on Sunday night. By Tuesday, which was the thirteenth of March, back in 1888, twenty-one inches had fallen on New York City. With winds of nearly hurricane force, drifts of snow were as high as thirty feet. 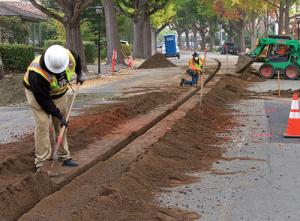 Most terrifying to New Yorkers were the collapsing poles with their many cross arms from which the wires of Western Union Telegraph Co., Gold and Stock Ticker Co., and four competing electric companies – United States, Metropolitan, Brush, and East River – were hung. Gyrating wires hissed and sputtered. Fearing electrocution, people stayed indoors.

The one exception were the lines of the Edison Illuminating Co. Thomas Edison buried his company's wires underground in conduits he called "subways."

A few months afterwards, the mayor demanded that all the companies' wires, not just Edison's, be buried underground. According to the author of a book about the Great Blizzard of 1888, whose name was Mary Cable coincidentally, "the poles began to fall like forest oaks, and wires were rolled up and taken away... Crowds followed the workmen and cheered and cried 'Timber!' as the poles hit the ground."

Despite the undergrounding that was completed in New York quite resolutely, by the summer of 1889, distribution lines across the rest of the United States are generally uninsulated wires strung along wooden poles. This has been the model our industry has closely followed since its earliest days.

It was natural for the first electric companies to adopt the overhead standard in the late nineteenth century. For the telegraph companies had been stringing uninsulated wire along wooden poles since the first half of the century.

The electric companies could have gone further, in copying the gas companies. Like the Edison Illuminating Co. in New York, they could have built underground networks. But the electrics did not end up doing this, of course, except in some densely populated urban areas. Why is that?

It has been less costly to string uninsulated wires along wooden poles, to distribute electricity within communities. Doing so is also faster. Though poles and overhead wires do all too frequently fail and fall in extreme weather, they have been easier to repair because the problems Mother Nature causes are clearly visible. Wooden poles were also favored in electric distribution over stronger concrete or steel poles, because of cost and safety (wood doesn't conduct electricity and does give way a little to the occasional crashing vehicle).

Yet, as we have experienced the effects of innovation in all aspects of our industry, so too has innovation revolutionized the conversion from "overheading" to undergrounding. Converting selected overhead wires to underground cables has consequently become a compelling option for utilities across the country. Particularly those utilities that are in a seemingly endless war against the ruthless enemies of overhead distribution – high winds, heavy snow and icy rain, intrusive vegetation, wildfires.

Notice my use of the term conversion. It has always been true, and it remains true today, notwithstanding the innovations that have slashed the costs of undergrounding, that erecting an overhead distribution wire is cheaper than burying an underground cable connecting the same two points. But so what? The decision facing utilities in the twenty-first century is rarely, should we connect these two points with overhead or underground. Rather, the decision facing utilities these days is far more commonly, should we convert the connection between two points from overhead to underground.

Therefore, and this is such a critical point to understand, it doesn't matter that the installation costs of undergrounding are x number of times more costly than overheading. Typically, a distribution line under consideration for undergrounding is already in operation as an overhead. What does matter is how the installation costs of converting that overhead to underground compare with the risks and costs of the overhead failing and falling in extreme weather. Including the resultant disruption to the life and well-being of the local community.

Once one understands that selective undergrounding is all about converting some overheads to undergrounds, then our focus shifts, as it should, to how have innovations in undergrounding broadened the number of potentially attractive underground projects for a utility's customers? That is, to what extent have innovations made such projects more beneficial, whether from improvements in underground installation costs, installation time/community inconvenience, operations and maintenance costs, reliability, resilience, regulatory policy, and analytics (to select the most beneficial overhead to underground conversions)?

Underground conversions have become significantly less costly to install. The innovations have come in both the materials of underground cable systems and the methods for emplacing them in the field. Material science deserves much of the credit. So too does cable design. As does enhancements that every aspect of the construction industries have embraced. Especially the use of prefabricated components that are trucked to a work site, simplifying on-site work, and reducing the required skilled and unskilled workforce there. It's cheaper and faster.

There have been major advancements in the semiconducting and insulation materials of cables. Not only have these cut costs directly but the product of the advancements includes longer useful life, to as much as a hundred years, larger reels, reducing the number of manholes, splices and terminations, and greater water resistance. Indeed, on that last point, I was fascinated to learn that modern underground cable systems are essentially fully submersible and thus capable of withstanding flooding.

In cable design, the amount of the conductor copper that is used has been cut. This not only substantially reduces cost, but it also improves power transmission performance by better controlling a cable system's heating. Likewise, the adoption of cross-linked polyethylene cable jackets and range-taking shear-bolt conductor connectors have made a big difference.

Operations and maintenance costs were already moderate for underground cable systems. That's always been an advantage of undergrounding (which doesn't for example require overheading's intensive vegetation management programs). But critics in times past have pointed out, justifiably, that when an underground system does need attention that can be costly. But the application of sensors and sensor data analytics means that problems in modern cable systems are now pinpointed and far more easily addressed.

These and other innovations have made undergrounding even more reliable and resilient, absolutely and in comparison to overhead wires, for a broader range of environmental and operational conditions and events, and for a longer useful life. But what I find most interesting are the innovations in regulatory policy and analytics.

Just as the regulatory world recognized that modernization of the aging networks of the water and natural gas utilities (an imperative for customer and worker safety and environmental quality), called for a multi-decade program to smooth any impact on customer rates and to facilitate regulatory oversight of the work, it's become better understood that the same approach should apply to modernization of electric distribution networks. Even the selective conversion of overhead wires to underground cable would be a large expense for any utility. But if spread over two or three decades, this might become manageable for utility customers.

Lastly, analytics have arrived here too, in a utility's planning of undergrounding and in the review of utility proposals by regulators. In my interviews of experts around the country, I heard stories about analyzing as many as a hundred years of detailed weather data in depth to model and determine where an undergrounding conversion would have the most beneficial impact on customers.

The innovations of undergrounding have a special meaning for me. Not long ago, the local utility in the Washington D.C. area where I reside and work was poorly perceived by the public, with a high frequency of electric service outages, which were occasionally lengthy. With the support of utility regulators, Pepco Holdings invested approximately a billion dollars in a comprehensive conversion of overhead wires to underground cable. The impact on reliability has been marked and the rate impact has been minimal, as had been the construction disruptions. Thanks Pepco. 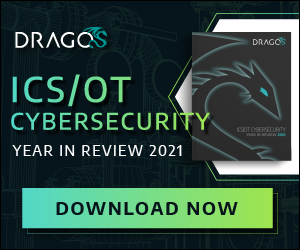