With $5.00 gas a reality in some parts of the country, the pain at the pump is starting to make consumers more aware of the energy they use while driving, and likely will change some wasteful habits. People already are trying to economize—not driving when they can avoid it, planning necessary trips more efficiently, and taking greater advantage of public transportation. And some might buy—or at least consider buying—a more fuel-efficient vehicle, or even an electric vehicle (EV). But how much will such consciousness-raising extend to other forms of energy consumption—both at the office and at home? And does the situation present an opportunity for electric utilities? 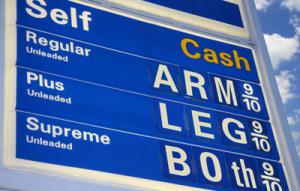 The trend toward greater awareness of energy issues is as slow as it is inexorable, but the barrage of messages, both sublime and subtle, eventually will get through to consumers and cause significant shifts in behavior. Indeed, the messages are inescapable.

Increased attention to the price of gasoline fuels a resurgence of interest in battery-powered vehicles. While sales have been slow to date, both the awareness and popularity of plug-in hybrids (PHEV) and battery EVs is growing constantly. Annual sales are just over 3 percent of all vehicles sold in the U.S. today, and analysts predict that continual advances in battery technology will steadily increase EV market share.

The use and price of oil—in a barrel or at the pump—has been an issue of national importance for decades, and it rises in urgency along with prices. Our national security depends on energy independence, or so politicians keep telling constituents. The Obama administration instituted new corporate average fuel economy (CAFE) regulations that will nearly double mileage to 54.5 miles per gallon (MPG) by 2025, while other politicians continue to advocate more exploration and drilling to lower the price at the pump.

Then there are all of those stickers reporting every vehicle’s MPG and every appliance’s annual power consumption and cost. Consumers are being told to look for the ENERGY STAR label, and a growing percentage actually do. And whether one loves or hates them, compact fluorescents and LEDs are replacing Thomas Edison’s incandescent bulbs nearly everywhere. This change is providing consumers with a primer on Watts and lumens, further indoctrinating them to language of energy.

Last but not least is the debate over global climate change. The science, despite claims to the contrary, is solid, and people are becoming increasingly aware of their own carbon footprints. However, the costs of dealing with this problem, one way or another, receive little attention. A tax on greenhouse gas emissions—or the technology to capture and sequester them—will be expensive, and will undoubtedly drive up the cost of electricity. So what’s a utility to do to inform its residential customers about their options for saving energy and money?

Teachable Moments
Study after study reveals that consumer education works—eventually. Utilities have long educated consumers about energy efficiency and the steps they can take to be more efficient. From the small recommendations (more efficient light bulbs and power strips that eliminate co-called “vampire” consumption) to the major ones (new appliances and whole-house insulation), consumers are taking action.

IBM’s 2011 Global Utility Consumer Survey, for example, found that respondents who were the most knowledgeable about energy issues were 64 percent more likely to make changes in their usage patterns. A poll by Harris Interactive in 2012 revealed that 82 percent of respondents are turning off lights, TVs, computers, and other electronics when not in use; 58 percent are replacing incandescent lights; 56 percent are using power strips; and 55 percent look at the ENERGY STAR label when replacing appliances.

The barrage of messages is clearly getting through, and the avenues available to reach consumers are growing. One such new opportunity is afforded by the Green Button initiative that offers the ability to make the educational process personal by showing consumers information about their own energy consumption. By adding some incremental intelligence this information could be used to generate specific recommendations for improvements.

The smart grid with its smart meters provides yet another opportunity for educating consumers. The 2011 Consumer Pulse survey conducted for the Smart Grid Consumer Collaborative (SGCC) found that a full 80 percent of respondents strongly or somewhat agreed that a smarter grid would help them save money, avoid wasting energy, and make the grid more reliable. Perhaps equally surprising is that green issues and security concerns also ranked quite favorably, with 78 percent strongly or somewhat agreeing that the smart grid would better protect the environment and help make the U.S. more energy independent. So it should come as no surprise that 75 percent also now want more control over home energy use, prices, and billing choices.

The SGCC tested messages and found that the ones emphasizing benefits, including those for society, resonate best with consumers. The seven positive messages that were tested—all demonstrating slight or strong effectiveness—include: saving money; improving reliability; avoid wasting energy; protecting the environment; promoting energy independence; getting greater control over energy consumption; and having more choices about rates and billing. In its survey, EcoPinion found the top three consumer benefits include: lowering bills; identifying and analyzing energy usage to make smarter decisions; and decreasing overall energy consumption.

The 2012 Consumer Pulse survey reemphasized the need to tailor educational campaigns to different segments, which the SGCC characterizes as: Traditionals; Easy Street; Concerned Greens; Young America; and DIY & Save. The first two segments—representing about 40 percent of the population—are the tough sale and will take more time and effort to persuade. But the other three segments constitute a receptive audience that is ready and willing to make changes now.

Both Consumer Pulse surveys reveal that utilities still have some work to do to educate users about the smart grid and smart meters, however. Most have never even heard the terms, and those who have confess to knowing scant few details.

The smart grid and smart meters really do offer genuine benefits to consumers, and when these are conveyed—repeatedly!—in an appropriate way, the messages do get through. Consumers understand basic concepts like supply and demand, and are therefore capable of understanding what will happen if the consumption of electricity exceeds its generating capacity. Because they don’t like brownouts and blackouts, and most don’t want to build new power plants (BANANA = build absolutely nothing anywhere near anyone, especially in their backyards), they’re additionally capable of understanding the need for consumer demand response to reduce infrastructure requirements.

Homework in Energy Management
In-home displays, smart thermostats and home energy gateways will take educational opportunities to a whole new level by giving consumers the ability to monitor and manage their energy consumption in real time. The latest generation of home energy gateways also have screens capable of displaying text messages from the utility, including notices of DR events and when time-of-use or other dynamic rates are in effect.

These in-home devices, along with companion dockable displays possessing color trouchscreens and mobile apps for tablets and smartphones, will make consumer education even more of a hands-on experience. Energy enthusiasts will especially appreciate these powerful capabilities, but they also will need to be made simple enough for those who have difficulty programming a video recorder.

The future holds two major changes for home energy management systems: more plug-in EVs entering the market; and more distributed generation (DG), driven by decreasing costs of wind and solar energy. The latter might also involve energy storage, which eventually might be accommodated by the batteries in the former. And it’s never too early to start educating consumers about these major changes coming down the pike so they have adequate time and knowledge to prepare.

A critical mass of EVs will have a profound impact on the grid and DR programs. Indeed, when EVs become pervasive—one in most garages—they could both extend and worsen periods of peak demand as residents plug in their cars and lower the thermostat after returning from a hard day’s work on a hot summer day. Efforts are ongoing by various organizations to standardize a smart way to charge EVs, and optionally enable the built-in batteries to provide power when needed in vehicle-to-grid (V2G) arrangements.

Residential DG today often is handled via net metering. But some consumers are getting pretty sophisticated about energy management, and are already seeking better control over generation and storage—with or without the EV—and not just consumption. As the price of solar modules continues to plummet, expect DG to become another popular course at the College of Energy Knowledge.

The days of being able to take energy for granted will be coming to an end, and consumers are becoming increasingly aware of this reality. A few will blame the messenger, but utilities still have a role to play in educating consumers about the nature and extent of the changes coming, and what they can do about it. Knowledge is power, and now more than ever before, so is knowledge about power.

ABOUT THE AUTHOR: Louis Szablya is v.p. of sales and marketing at Energate, Inc. Previously he was director of smart grid Integration at SAIC. Earlier in his career he served in executive positions at El Paso Energy, Entergy, Dynegy, and Avista.