Subsidies? Maybe. But how about reciprocity? Should Congress let PMAs, munis and co-ops decline open access?

Until recently, most congressional debate on utility deregulation has focused on the future of investor-owned utilities and independent power producers and marketers. Lobbyists for government-owned or cooperative-owned power companies have tried to downplay their clients or to seek exemptions.

Can NERC Juggle All Three En Route to Open Access?

At the year's start, the North American Electric Reliability Council decided to leave its "peer pressure" policy behind and require mandatory compliance with its reliability standards. As NERC grapples with its new policy, Public Utilities Fortnightly asked eight industry representatives how they might ensure reliability in a restructured electric industry.

It had taken time for NERC to arrive at this point, but itÆs official: Mandatory sanctions and business incentives will soon be used to enforce compliance.

"It's going to take a lost of time to understand all the pies."

It's almost spring. There's a new energy secretary(emisn't there? And at least for new electric restructuring bills in Congress. Sen. Frank H. Murkowski (R-Alaska) is chairing "workshops" on deregulation at the Energy and Natural Resources committee.

Everyone's wondering: Which bill take hold? Where will it be and how will it look by the end of the legislative session: dead, alive, or limp? 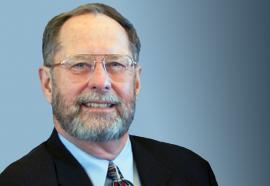 As FERC moves forward, most state legislators have remained content to sit back and wait for others to act. Part of this reticence stems from politics—the difficulty of changing course, invading someone else's turf, or tackling a new subject outside one's area of expertise. Legislators view problems differently than do regulators.

Lawmakers see different imperatives than regulators or industry execs, such as protecting the tax base for the local community.

Two congressmen and a Clinton Administration official recently weighed in on the future of electric industry deregulation, giving observers an inkling of what they might expect in legislation or policy this year.

The Senate subcommittee funding the Department of Energy (DOE) may use a carrot-and-stick approach this year to push DOE into finding a quicker solution to the long- and short-term nuclear waste crisis. The debate to get the waste stored safely underground promises an appropriations war that could rival the federal budget skirmish.

Current law authorizes only a permanent repository, not interim storage. Utilities, however, claim they're running out of room to cache their waste.

Sen. Alfonse D'Amato (R-NY) has introduced a bill to replace the Public Utility Holding Company Act of 1935 (PUHCA) with a new holding company act that would give the utility industry greater flexibility. Endorsed by a bipartisan group of senators, the bill is co-sponsored by Frank Murkowski (R-AK), chairman of the Senate Energy and Natural Resources Committee, and J.

Recently I had the opportunity to testify before the Subcommittee on Energy Production and Regulation of the U.S. Senate Energy and Natural Resources Committee on legislation that would repeal the Public Utility Regulatory Policies Act (PURPA). During the course of the hearing, Sen. Bennett Johnston (D-LA) made a comment that framed perfectly the

On June 6 the Energy Production and Regulation Subcommittee of the Senate Energy and Natural Resources Committee, chaired by Sen. Don Nickles (R-OK), held a hearing on legislation S. 708, The Electric Utility Ratepayer Act, which would repeal section 210 of the Public Utility Regulatory Policies Act (PURPA), which mandates purchases from qualifying facilities (QFs) at avoided-cost rates.