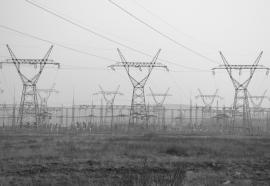 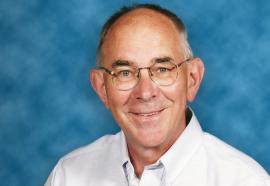 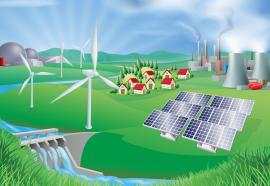 Independent microgrids are coming. Will franchised utilities fight them or foster them?

Despite offering a range of benefits, microgrids are proving to be controversial—especially when non-utility owned microgrids seek to serve multiple customers. The biggest battles are taking place in the realm of public policy. But utilities that pursue collaboration rather than confrontation are finding interesting opportunities for profitable investment.

Duke Energy Renewables, part of Duke Energy's Commercial Businesses, completed its 36-MW energy storage and power management system at its Notrees Windpower Project in west Texas. The system completed testing and became fully operational in December 2012. Xtreme Power designed and installed the 36-MW capacity Dynamic Power Resource at Notrees and will continue to operate the system. In addition to increasing the supply of renewable energy during periods of peak demand, the system will help stabilize the frequency of electricity traveling throughout the power grid.